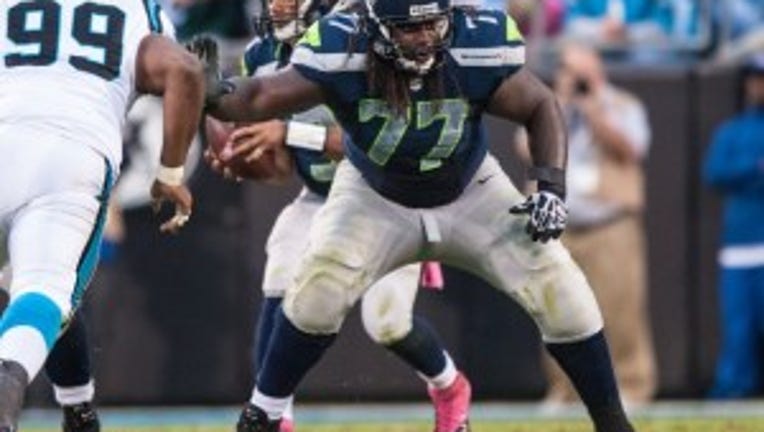 Rookie guard Rishaw Johnson was signed to the 53-man roster from the team’s practice squad.

After playing right tackle last season, Carpenter moved to left guard this year and started seven games. With Carpenter out, John Moffitt will step in at left guard, as he did Sunday against the Chicago Bears, when Carpenter left early.

Edwards was signed as a free agent in late July and caught eight passes for 74 yards and one touchdown in limited action in the Seahawks’ first 12 games. Five of his receptions came in the season opener against the Cardinals.

Johnson has been a member of the practice squad since the day after he was released on the final roster cut in September. He was signed as a free agent following the NFL Draft in April.