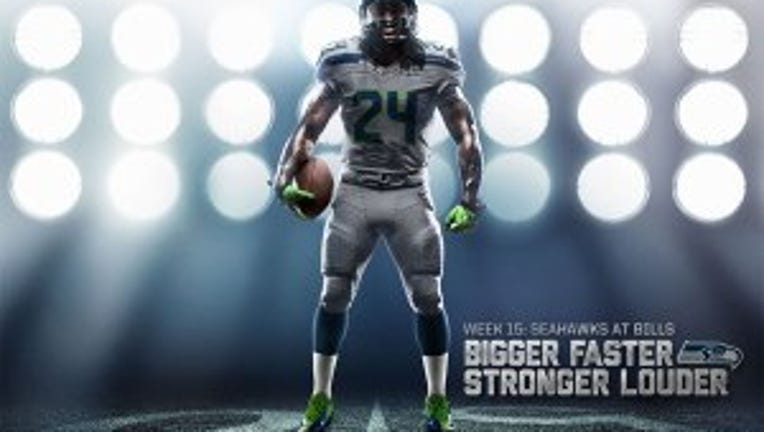 RENTON, Wash - The Seattle Seahawks announced Wednesday that the team will wear the third alternate uniforms - featuring the Wolf Grey jerseys and pants - when they face off against the Buffalo Bills in Toronto on Sunday.

It is the first time since the 2012 uniform redesign that the Wolf Grey jerseys will be worn. Sunday marks only the second time in franchise history that the team has worn a third alternate jersey in a game. The first time was in 2009.

Since the Seahawks' new uniforms were unveiled in April, jersey sales have increased by 274% at the two team retail locations and online, Seahawks.com reported.