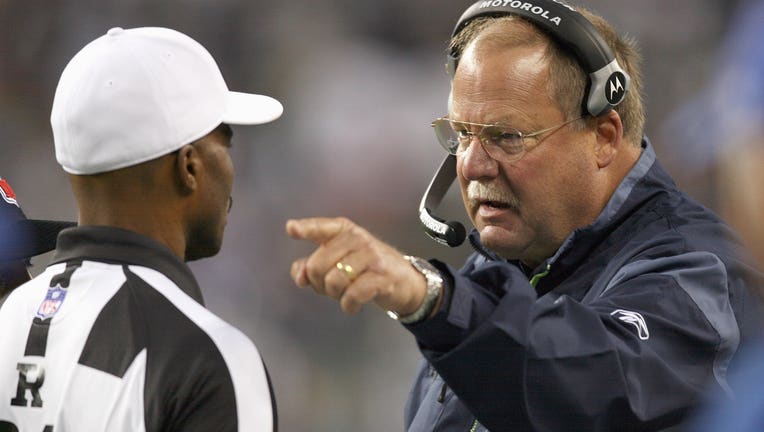 RENTON, Wash. - The Seattle Seahawks will induct former quarterback Matt Hasselbeck and coach Mike Holmgren into the team’s Ring of Honor during the upcoming season, the team announced Wednesday.

"Coach and Matt took the organization to new heights during their decade together," Seahawks President Chuck Arnold said in a statement. "From our first Super Bowl appearance to countless memories on and off the field, we celebrate their legacy and the lasting impact they had on the 12s and the entire Pacific Northwest."

Holmgren arrived from Green Bay as Seattle’s coach and general manager in 1999 and led the Seahawks to five division titles and the team’s first Super Bowl appearance in 2005, losing to Pittsburgh in the championship game. Holmgren had a winning record in seven of his 10 seasons with the Seahawks and had a 90-80 record — regular and postseason combined — during his time in Seattle.

Holmgren’s handpicked quarterback for almost his entire tenure was Hasselbeck.

Hasselbeck spent a decade in Seattle, starting 131 of 138 regular season games and all 11 postseason games the Seahawks played from 2001 to 2010. Hasselbeck was a three-time Pro Bowl selection, including in 2005 when Seattle reached the Super Bowl.

Hasselbeck finished his time in Seattle as the franchise’s all-time leader in attempts, completions, yards passing and career wins — although those numbers have since be surpassed by Russell Wilson.

Hasselbeck finished his career playing for Tennessee and Indianapolis.

Hasselbeck’s induction as Seattle faces the Saints ties in with his final home game in a Seahawks uniform. Hasselbeck threw for four touchdowns in the 2010 NFC wild card game as the Seahawks upset New Orleans 41-36 in a game remembered for Marshawn Lynch’s "Beastquake" touchdown run.