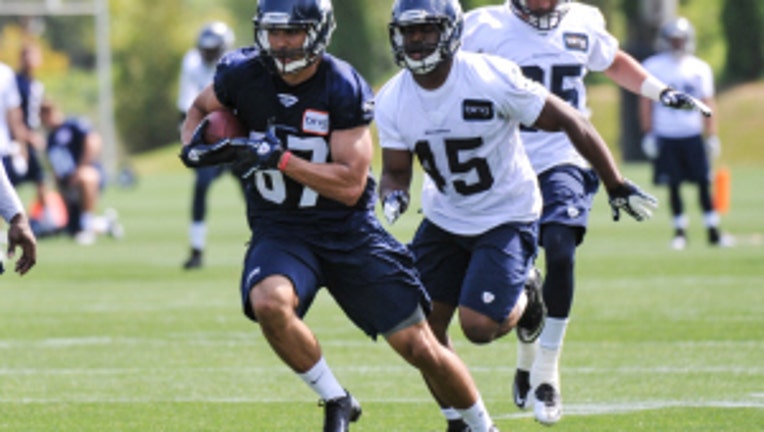 RENTON -- The Seahawks on Monday signed tight end Victor Marshall, a product of Kirkland's Juanita High School, and defensive end Benson Mayowa -- both of whom took part in the rookie minicamp on a tryout basis.

Rookie linebacker Ramon Buchanan, who was signed as a free agent after the NFL Draft, was released.

The 6-foot-4, 235-pound Marshall played at the University of British Columbia and Simon Fraser University in Canada after attending Juanita High School in Kirkland. He caught 40 passes in 2009 while at Simon Fraser and had 10 receptions in 2010 for UBC.

Mayowa, a 6-3, 236-pounder, played the University of Idaho. He had three sacks among his 19 tackles last season.

After Sunday’s final minicamp practice, coach Pete Carroll mentioned Mayowa when asked if there were any surprises from the minicamp. “No. 70 jumped out; he was pretty fast on the edge,” Carroll said.