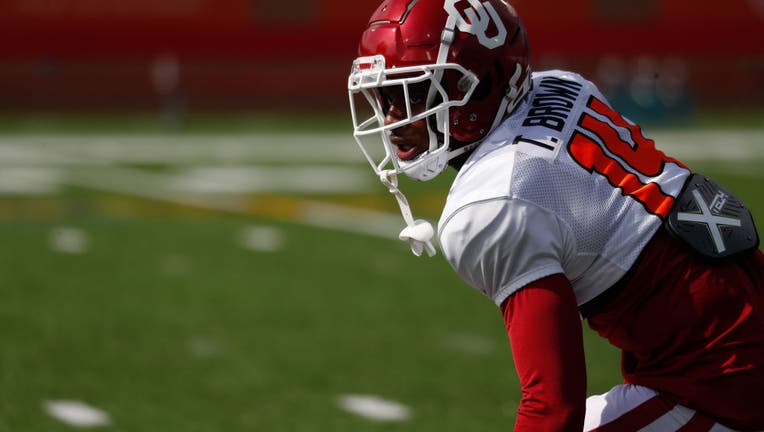 MOBILE, AL - JANUARY 27: Tre Brown of the Oklahoma Sooners practices with the National Team ahead of the 2021 Reeses Senior Bowl at Hancock Whitney Stadium on January 27, 2021 in Mobile, Alabama. (Photo by Senior Bowl/Collegiate Images/Getty Images)

The Seahawks acquired the 137th pick in round four of the NFL draft on Saturday. The Hawks sent their 129th pick to Tampa Bay, moving back eight spots but allowing them to pick up Brown.

Seahawks select the 24-year-old wide-receive was the 56th pick in round 2 of the NFL draft.

"Somebody needs to make that play - I've always been that guy. You can always count on me. I'd rather be the guy who lifts us up than be the weight on our shoulders," Brown said in an NFL press conference via Twitter.

On Friday, the Seahawks acquired WR D'Wayne Eskridge for their 56th pick. The Hawks have two more picks, pick 217 in round 6 and 250 in round 7.