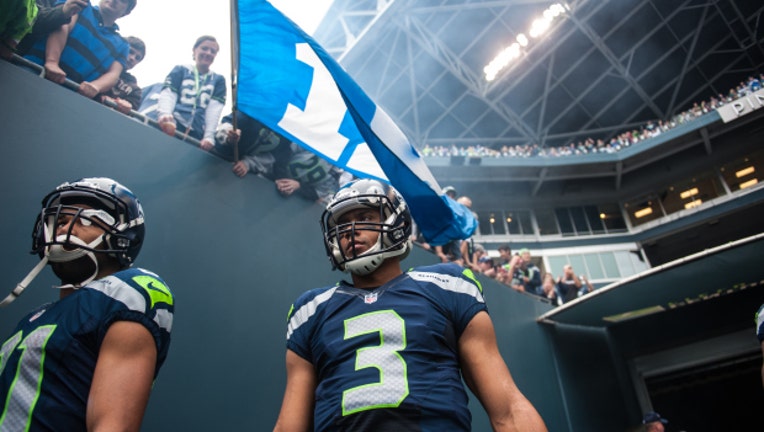 One of the most-anticipated regular-season openers in Seahawks history is 100 days away.

That’s right, the Seahawks will kick off their 38th season – and fourth under coach Pete Carroll – against the Carolina Panthers in Charlotte at 10 a.m. PT on Sept. 8.

They’re coming off a season where they posted the franchise’s third-best regular-season record (11-5), won a road playoff game for the first time since 1983 and came within 30 seconds of playing in their second NFC Championship game. That only-got-better-as-the-season-progressed effort coupled with another active offseason of acquisitions aimed at making an already good team better also brings expectations the Seahawks haven’t dealt with since 1985, after going 12-4 in ’84 without leading Curt Warner; or maybe 2006, after their run to the Super Bowl in ’05.

What’s it all mean to the players? When All-Pro cornerback Richard Sherman was asked that question in the locker room at Virginia Mason Athletic Center, All-Pro free safety Earl Thomas leaned over from the adjacent cubicle to offered, “Seventy days to the preseason.”

And that, in seven simple words, sums up how the Seahawks have approached this offseason – and will continue to deal with it: One day at a time, with the goal each day to get better than they were the day before. As individual players. As units. As a team.

“We’re ready for the season to come, as soon as possible,” wide receiver Golden Tate said. “But we’re working hard right now to prepare and try to get ourselves right – for camp more importantly. But as far as I’m concerned, I’m taking it day-by-day, trying to get better every day up until that point.

“There are high expectations for this organization and we’re going to try and work to fulfill those.”

Leave it to Michael Robinson to slap some reality into the situation. The Pro Bowl-caliber fullback and special teams co-captain was asked the same question: What does it mean that the season opener is 100 days away?

“Absolutely nothing right now, to be honest with you,” Robinson said. “Right now it’s about building team camaraderie, making sure we get all the X’s and O’s right, making sure that when it comes times for the season that we’re not thinking too much; that we’re just going out there and playing and doing what we do.”

And there is ample time for all of that before the Sept. 8 opener.

The players will wrap up the second week of their OTA sessions on Friday. Next week, there are four OTAs – the final four in the 10 allowed under the CBA that ended the 136-day lockout in 2011. The week after that, there’s the mandatory three-day minicamp on June 11-13. Then, the veterans are off until they report for training camp. Then comes the preseason opener Thomas eluded to – Thursday, Aug. 8, against the Chargers in San Diego.

You can see what Robinson was talking about by watching the OTAs. The tempo. The competition. The way players like Sherman and Thomas are “coaching” their backups from the sideline when not on the field.

“We’re very, very focused,” Robinson said. “This is the fourth year with coach Carroll, but offensively it’s the third year with D.B. (offensive coordinator Darrell Bevell) and coach (Tom) Cable. So there’s just so much familiarity, we’re light years ahead of where we were last year.”

But not blinded by that light. The players realize what’s at stake, and they know that no one’s expectations for the 2013 season are higher than theirs. Better yet, they also are aware that without the proper focus and preparation their shared goals will remain just that.

That’s what these Seahawks have become.

“I remember there was a time people didn’t want to watch us, people outside the 12th Man didn’t believe we could beat anyone,” said Tate, a second-round draft choice in 2010 who endured a pair of 7-9 seasons before last season’s quantum leap.

“Now, people are expecting us to beat everyone, if not the majority of everybody on the schedule. That’s the first time we’ve felt that and it’s kind of up to us how we’re going to handle it. We know we’re good. We know we can be even better.”

If they take care of business as it comes.

“If we always compete, as coach Carroll says, I think we have no choice but to keep getting better,” Tate said.