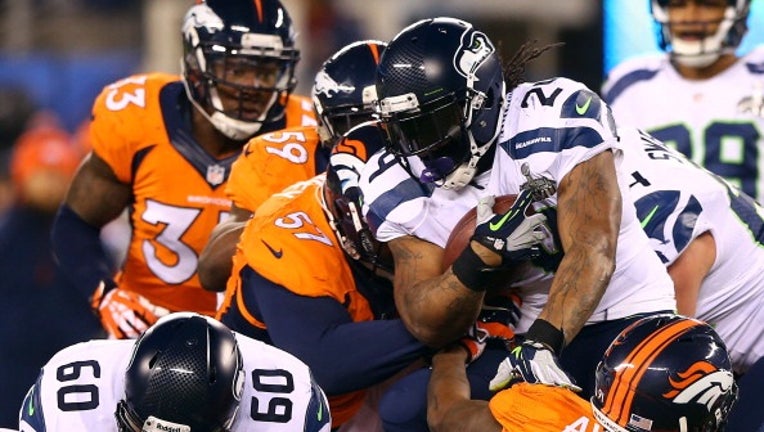 Running back Marshawn Lynch of the Seattle Seahawks runs the ball against the Denver Broncos during Super Bowl XLVIII at MetLife Stadium on February 2, 2014 in East Rutherford, New Jersey. (Photo by Elsa/Getty Images)

RENTON, Wash. -- The Seahawks released their preseason game dates and times Tuesday. The first game will be against the Super Bowl opponent Broncos in Denver Thursday night, Aug. 7.

The first home preseason game will be against the San Diego Chargers on Friday night, Aug. 15.

In the preseason, Seattle will be playing three of four opponents in the regular season (Denver, Oakland and San Diego).

Seattle has won its last nine preseason games dating back to the 2011 season.