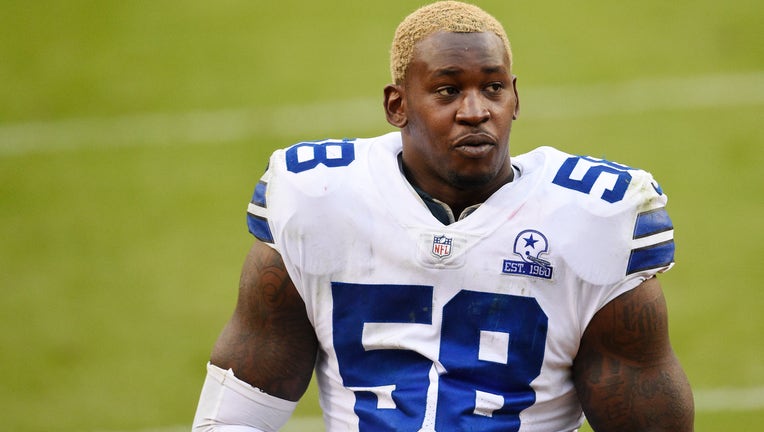 LANDOVER, MARYLAND - OCTOBER 25: Aldon Smith #58 of the Dallas Cowboys walks off the field after their 25-3 loss against the Washington Football Team at FedExField on October 25, 2020 in Landover, Maryland. (Photo by Patrick McDermott/Getty Images)

RENTON, Wash. - Aldon Smith’s time with the Seattle Seahawks was short as the team released the embattled defensive end Wednesday.

Smith was reinstated by the NFL in the spring of 2020 after missing four seasons due to off-field issues. He appeared in 16 games for Dallas last season and had five sacks along with 48 tackles.

He signed a one-year deal with Seattle in April but he was arrested two days later on a second-degree battery charge in St. Bernard Parish near New Orleans. He is scheduled to be arraigned later this month.

RELATED: Exclusive: D.K. Metcalf on improving for the upcoming season

Even though Smith missed the Seahawks’ offseason program, coach Pete Carroll said early in training camp that the team was ready to support Smith.

Smith was the 11th overall pick by the San Francisco 49ers in the 2011 draft. He set an NFL record with 33 1/2 sacks in his first two seasons before his career spiraled out of control due to multiple drunken-driving charges. He was also arrested in 2018 on a domestic violence charge in San Francisco.