SEATTLE -- Hall of Famer and Seattle sports icon Warren Moon is being accused of sexual misconduct.

A former executive assistant for Moon filed a lawsuit in Orange County, Calif., where she lives, alleging sexual harassment and battery by the former University of Washington Husky and former Seahawks quarterback.

The lawsuit alleges that Moon required the woman to stay in the same hotel room and stay in the same bed with him on business trips; told her to wear “skimpy thing lingerie bottoms” to bed; committed sexual battery by grabbing her crotch on a trip to Seattle this year; and pulled off her bathing suit after slipping a drug into her drink on a trip to Mexico.

After the allegations became public Wednesday, Moon took a leave of absence as a radio analyst for the Seahawks.

Reaction to allegation against Warren Moon

Reaction to allegation against Warren Moon

"We have accepted Warren Moon's request for a leave of absence as the club's radio analyst. Brock Huard and Dave Wyman will assume the role of radio analyst indefinitely. This week, Dave Wyman will join Steve Raible, Jen Mueller, and John Clayton from Jacksonville on 710 ESPN Seattle and KIRO Radio 97.3 FM."

Moon was the first black quarterback at the University of Washington, an NFL Pro Bowler, Hall of Famer and a record-setting player -- not to mention a former Seattle Seahawk and, more recently, a sports commentator.

The former Seahawks quarterback has long been considered an icon and someone just about everybody who knows football is familiar with in the Emerald City.

"When he came to the Seahawks he was sorta greeted as a hero in this city. And he deserved that then," said Kelley. "But just because you're a great football player – just because you’ve withstood all the pressures that you’ve had to withstand -- nothing forgives what he's been accused of." 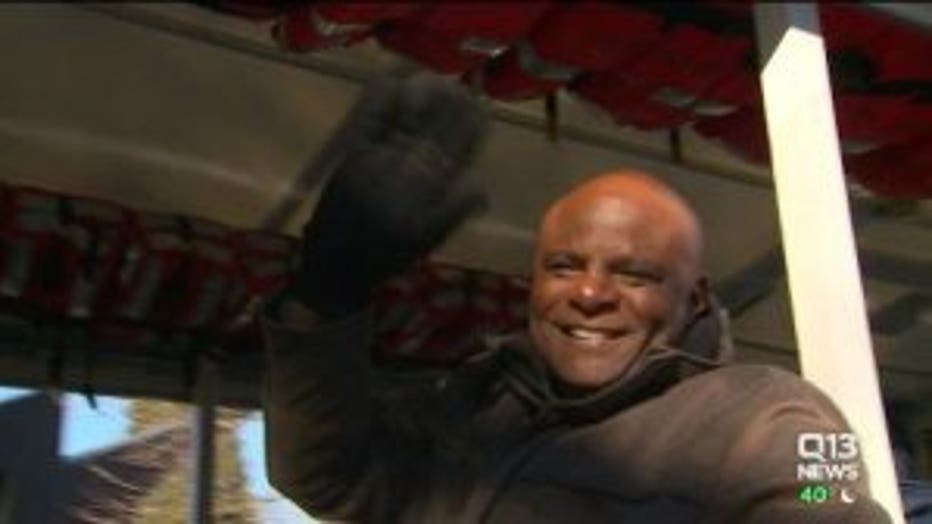 Moon has been accused of sexual harassment in the past and is now being sued for sexual harassment, discrimination, retaliation, inflicting emotional distress, negligence, sexual battery and battery.

In court documents, the victim alleged:

"Moon demanded {plaintiff} submit to a variety of unnerving sexual and perverse controlling arrangements, including sleeping in the same bed with him on all business trips, providing him unfettered access to the bathroom every time she showered, wearing skimpy lingerie while in the obligatory single room, obtaining prior approval for her wardrobe, and being subjected to continuous unwanted and unsolicited sexual advances."

Considering those part of her "job duties".

"Moon insisted this was 'just the way it is', and threatened {plaintiff} that unless she was 'comfortable' with him, he’d 'find someone else who was'. Moon insisted these 'requirements' were part of the job, and made clear that {plaintiff's} employment depended on her acceptance and compliance with Moon’s lascivious behavior, demands and orders."

They're allegations that are hard for some Seattle sports fans to hear.

"Because you love Warren Moon, but everybody has their own personal life. It's tough because you don't want to hear that about a guy that is around and has done so much for the community," said Fletcher.

Kelley used to cover Moon and said back in the '70s and said he was a target--at a time when there weren't any other black college quarterbacks.

"He withstood a lot -- even at home," said Kelley.

He recalled that Husky fans used to 'boo' him unnecessarily.

"It's really sad that with all the great things he's done and with all he's had to overcome--as being the first at something--he hasn’t learned from his mistakes and it sounds like it's happening again," said Kelley, who used to see Moon in press boxes. "His legacy will definitely be tarnished. I mean how could it not be? And if it isn’t, then it should be."

Seattle fan Chuck Little used to watch Moon when he played in Seattle.

"He was kind of the early-version Russell Wilson because he had kind of that same scrambling style," said Little.

Little says the news isn't surprising, given the allegations in the past.

"I think when you're at that level as a professional athlete where you never hear the word 'no'... you kind of develop that mentality," said Little, adding that the latest allegations will put a dent in his local reputation, but that "hard-core sports fans will always make excuses for professional athletes."

Fans we encountered Wednesday said that just speaking out might have been the hardest step for his accuser.

"They were afraid. This is a big person. It’s a big name so she's obviously brave to come out and do it but it's tough to hear every other day," Fletcher said.

"All these women coming forward--where things have been like ‘Wow I can come forward and not fear repercussions'," said Little.

We have reached out to Moon. He has yet to issue a statement regarding the allegations.