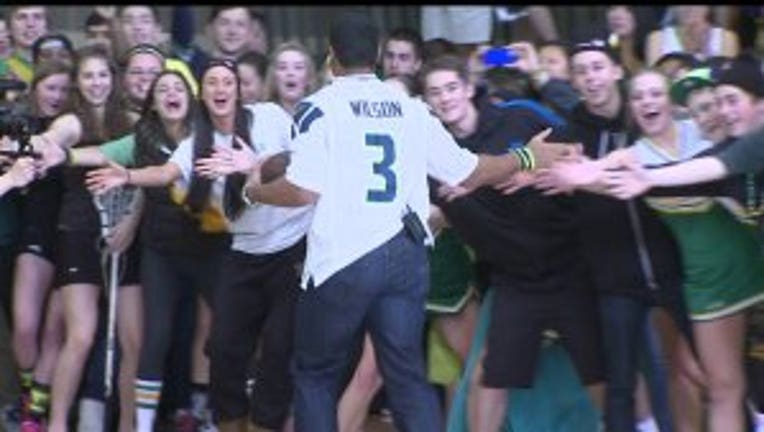 SEATTLE -- Seahawks quarterback Russell Wilson showed up at Roosevelt High School Friday to reward the Roughriders for getting the most pledges among four Seattle schools – more than 800 – to stop texting and driving as part of the Verizon Wireless “Save it Seattle: Pledge to Stop Texting and Driving” program.

The Seahawks’ QB signed autographs and poised for picture with select students, between the news conference and school assembly portions of the event. And the fact that it was Wilson who was delivering the message put the promotion over the top.