SEATTLE -- Tuesday was pretty much like every other exit day that follows the final game of the season -- the players took their physicals, cleaned out their lockers, got teammates to autograph items and attended a team meeting. 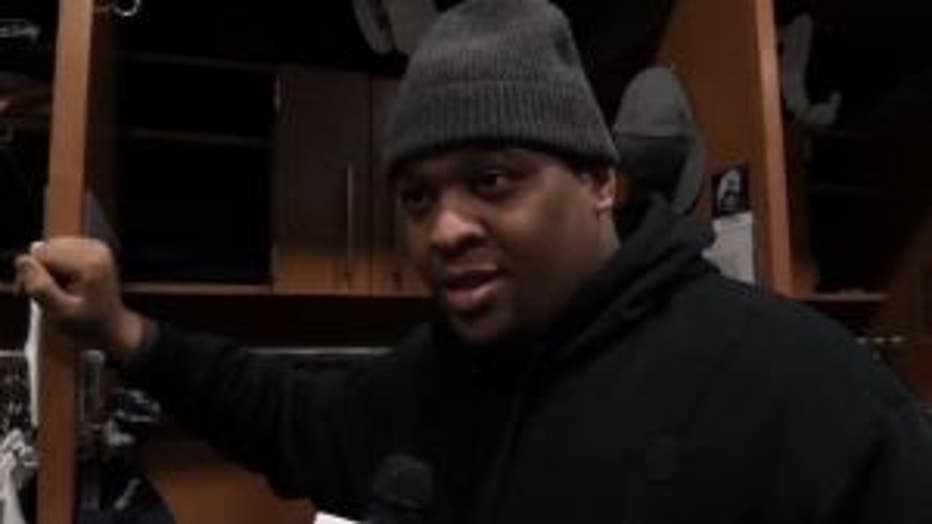 Red Bryant cleaning out his locker at the VMAC in Renton Tuesday. (Courtesy of Seahawks.com)

The twist this season, of course, is what happened on Sunday and will happen on Wednesday. This exit day was the latest in franchise history, because the Seahawks played in and won Super Bowl XLVIII in the most-impressive fashion – 43-8 over the Denver Broncos at MetLife Stadium on Sunday night. That was followed by what turned into an all-day journey back to Seattle on Monday.

Wednesday? Hang on to your 12-ness, as the Seahawks’ first Super Bowl championship team will be saluted, celebrated and all that stuff, as coach Pete Carroll would say, during a 2.3-mile parade – or mobile celebration – along Fourth Avenue from Seattle Center to CenturyLink Field that starts at 11 a.m. That will be followed by a Championship Celebration at the stadium that was open to season-ticket holders but has reached capacity.

So even Tuesday’s usual exit-day routine was far from the norm.

“And then you still have those same type of emotional feels, whether you lose in a playoff game or win a Super Bowl,” All-Pro free safety Earl Thomas said in the locker room. “At the end of the day, the game is over, the season is over. That’s the sad part about it.

“But you also feel lucky over everything that happened throughout the season, so you’re filled with a bunch of gratitude. And you can see how you’ve grown as a player and as a person, and what it takes to be a champion. That’s the bigger picture of the whole thing.”

Wide receiver Jermaine Kearse, who grew up in Lakewood, played at the University of Washington and had a remarkable touchdown reception in the Super Bowl, said of the win: "It hasn't sunk in yet. I think probably Wednesday, when we have the parade; I'll finally realize what we've done."

The White House press secretary issued this readout: “Today, the President called head coach Pete Carroll to congratulate the Seattle Seahawks on their decisive victory in Super Bowl XLVIII on Sunday night. On the call, the President commended Coach Carroll and his team for a great game, and expressed that he looks forward to congratulating him and the team at the White House in the coming months.”