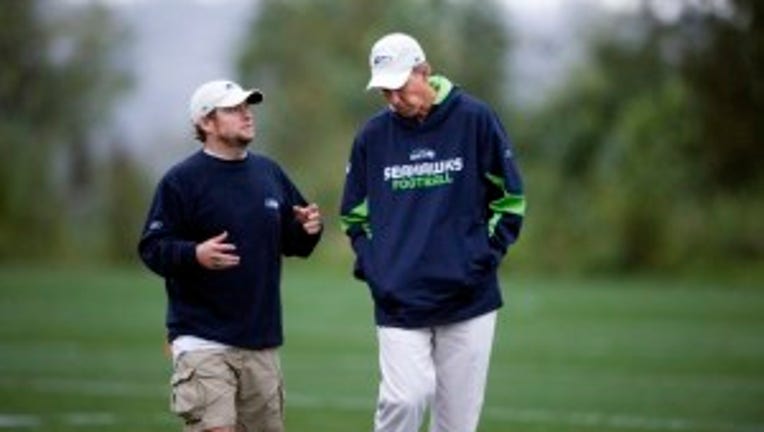 RENTON, Wash. -- John Idzik, who has served the past six seasons as the Seattle Seahawks' vice president of football administration, was named the general manager of the New York Jets on Friday.

“John is a well-respected, life-long football man who I believe will be a strong addition to the Jets organization,” Seahawks general manager John Schneider said in a written statement. “While he will be missed by the Seahawks organization, we wish him and his family all the best with this great opportunity.”

Idzik’s primary duties with the Seahawks included player negotiations, the team’s compliance with the NFL salary cap, player personnel transactions, all football operations budgets, staff and team contracts, and most aspects of the day-to-day football operations while also remaining active in player evaluations.

Idzik was also put on the road to do some college scouting the last couple years by Schneider. He also has a wealth of experience with rebuilding efforts, having been part of Schneider's project in Seattle and also Tony Dungy's reworking of the Tampa Bay Buccaneers  organization in the mid-1990s.

According to NFL.com, the Jets told its GM candidates that they would have power over the 53-man roster and final say on all personnel decisions .

Also signed were linebacker Korey Toomer, a fifth-round draft choice last year; and wide receiver Stephen Williams, who was with the Cardinals in training camp last summer but waived/injured in August.

These future signings can be insignificant moves. But in the past two years, players signed by the Seahawks in January included cornerback Brandon Browner, who has become a starter and played in the Pro Bowl last year; guard Paul McQuistan, who started all 16 games this season and 10 last season; and wide receiver Charly Martin, who played in four games this season before being placed on injured reserve.