RENTON, Wash. -- The Seahawks scored big for two students from Liberty High School in Renton who have been through so much.

Sixteen-year-old Makenna Thomas has been battling cancer in her spine. Seventeen-year-old Zoe Owens developed a tumor that created several cysts in her brain.

The Seahawks had a message for them -- they’re not alone in their fight.

In February 2018, Thomas got her cancer diagnosis. One of her first visitors in the hospital was a classmate she barely knew. It was Owens, who had a unique understanding of Thomas' struggles.

Owens had been battling a brain tumor and cysts so severe, the required surgeries temporarily stripped her ability to walk or talk.

Still, she wanted to make a connection with Thomas.

“I knew how much it would mean if someone who barely even knew me went and saw me in the hospital," Owens said.

Thomas recalled the moment: “We both just hugged... it was the first real hug I had from someone who got it.” 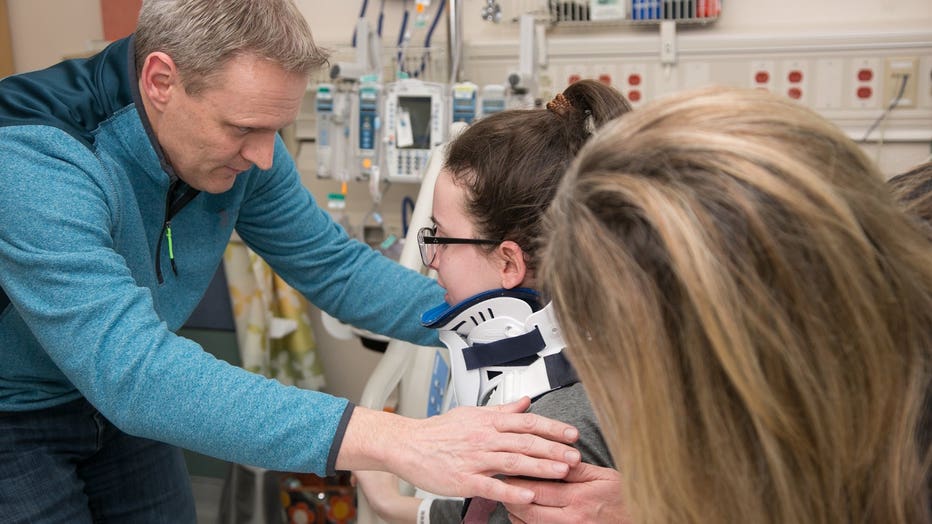 Makenna Thomas in the hospital with her parents while getting treatment for cancer in her spine. 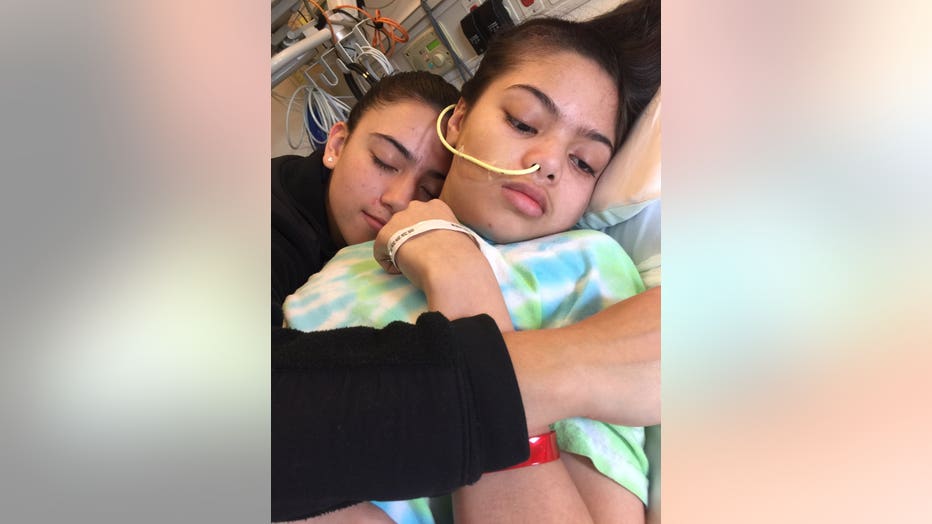 Zoe Owens in the hospital with her sister, while getting treatment for a brain tumor.

They had each other—and while becoming best friends they realized they both shared a love of the Seahawks.

The team learned about Zoe and Makenna's courage and invited them and their mothers to join the team on the field before a game this season against the Baltimore Ravens. Makenna (left) and Zoe on the field at Centurylink Field during warm-ups before a Seahawks game.

“So excited," Zoe said of the moment.

They got pictures with the Seahawks mascot Blitz, the game officials, and an official game football.

But there was one player warming up they desperately wanted to meet.

Since they didn't get to meet the star receiver then, the Seahawks had another invitation. They asked the students to attend a practice, where Zoe and Makenna not only met Lockett, but the entire team.

Owens talked about how it lifted her spirits, "Just knowing many people are praying for me.” 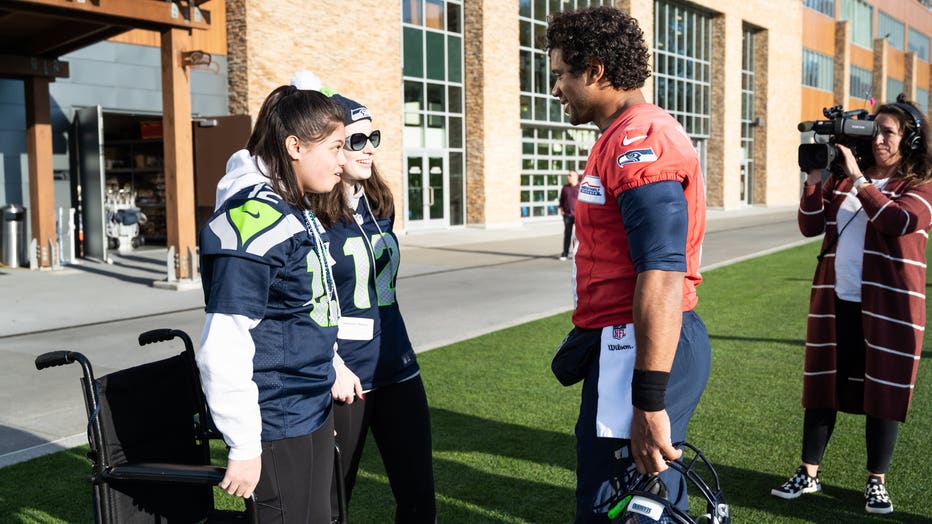 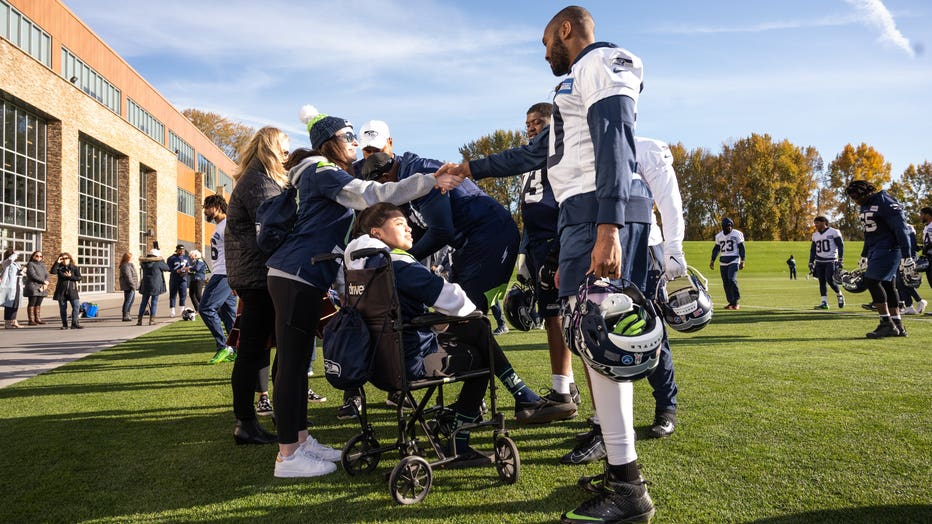 Then Head Coach Pete Carroll, who has a gift for inspiring his players, shared some of that with Zoe and Makenna.

Carroll said, “Thanks for coming out. It’s so good to have you guys out here. You guys come out any time you want to. OK? The door is open.”

A message of inspiration for two friends, who understand each other's painful journey -- now comforted to know the Seahawks are also on their side.

“I think what I’ll remember is just the amount of love and support that these guys gave us today," Thomas said. 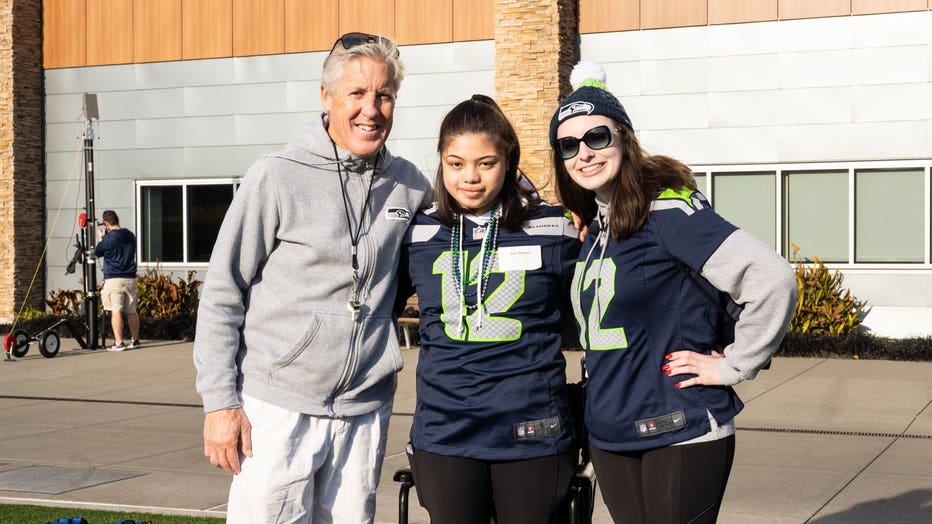