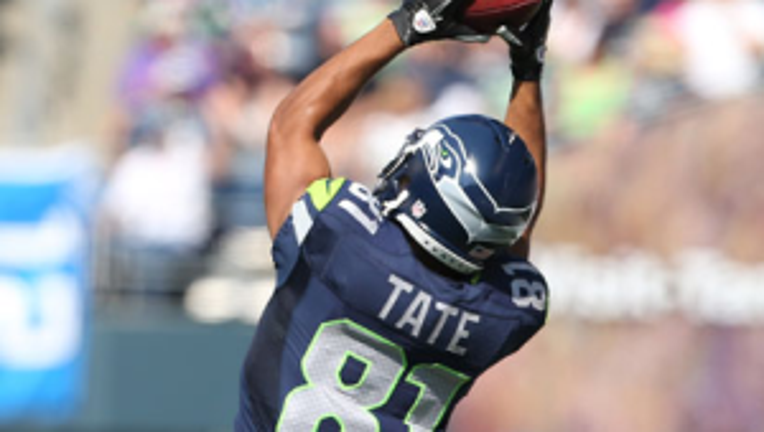 Seahawks wide receiver Golden Tate visited families affected by cancer at Gilda's Club Seattle Tuesday night. It was an opportunity for Golden to provide some respite for families who are living with cancer.

A Seattle-based direct marketing agency, Hacker Group, presented Gilda's Club Seattle with a check for $25,000 as a result of their two-year fundraising efforts.

Golden has been a supporter of Gilda's Club Seattle since 2010. He has visited families at the clubhouse several times and also co-hosted the Golden Tate and Bryce Fisher Celebrity Golf Tournament last summer that benefits Gilda's Club Seattle's Camp Sparkle for kids whose families are living with cancer. He will be co-hosting it again in 2014.

“It’s a really neat place,” says Tate. “They have a ton of activities for families. I’ve hosted some events there, helped make ice cream there. Just to see people smiling and happy, considering what they’re going through, it touches my heart.” Tate understands the huge value of access to a broad support system when cancer barges into a family’s rhythm of life. His grandmother was diagnosed leukemia at age 62 and died when he was just eight. “She had her children and grandchildren around her,” he says. “She enjoyed the last of her life with them. But she didn’t have another family or group to turn to for support. “It’s tough to go through something like that, not only the person with cancer but the people surrounding them—it’s draining,” Tate says. “When I learned about Gilda’s Club, it felt like a place where I could make a difference in at least one person’s life.”