SEATTLE -- A Seahawks fan said Tuesday night that Marshawn Lynch went out of his way to return his wallet that he had accidentally dropped in a gas station in Marysville.

The Seahawks on Tuesday were visiting Marysville-Pilchuck High School, where a deadly shooting occurred Oct. 24.

The fan, who identified himself as Jason Lynch, explained what happened in this Facebook posting: 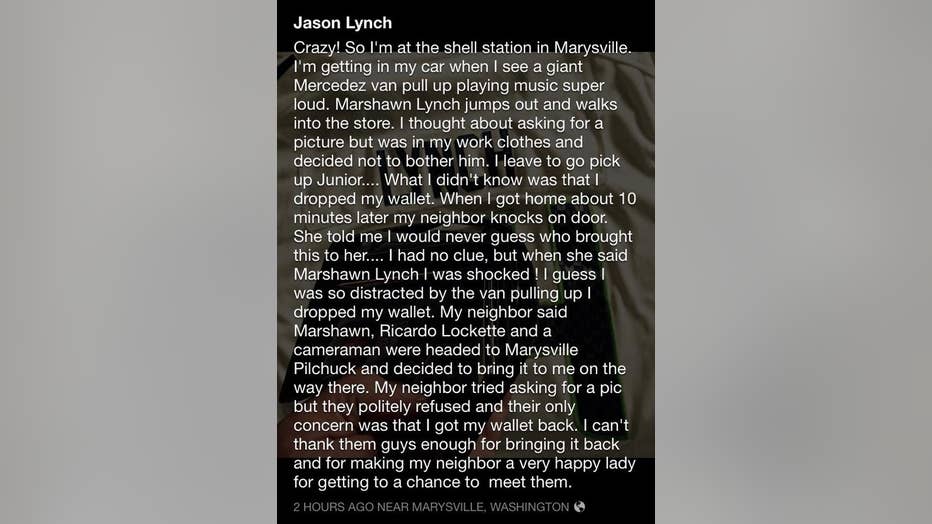 No word yet from Beast Mode.