It's not a Super Bowl without inspirational stories. And we're betting that when the dust settles on Super Bowl XLVIII this one will rank right up at the top.

A 9-year-old New Jersey girl who wears two hearing aids took pencil to paper to tell the Super Bowl-bound Seahawks' Derrick Coleman — who is also hearing impaired — she has faith he will lead his team to victory.

The letter by Riley Kovalcik of Roxbury, N.J., is flat-out adorable. It is addressed to "Dear, My Insperation Derrick Coleman."

The letter goes on to explain that Riley knows how Derrick feels and that they have much in common, including hearing aids and a love of sports.

"Just try your best," she encourages.

The little girl's father, Jake Kovalcik, Tweeted a copy of the letter to Coleman and the team.

And then the former UCLA player who has been deaf since the age of 3 proved he was quite the class act.

He Tweeted back, as you can see below.

You can also see the letter in full in the photo gallery above. Among other things, Coleman tells the girl that if she or her family are ever in Seattle, "I hope we can all get together and play some sports."

The story has become a sensation from there, as you can see from the number of times the Tweets were shared.

Need one more reason to love Coleman? Probably not. But here's one anyway:

Watch his Duracell commercial, which has been viewed more than 9 million times. 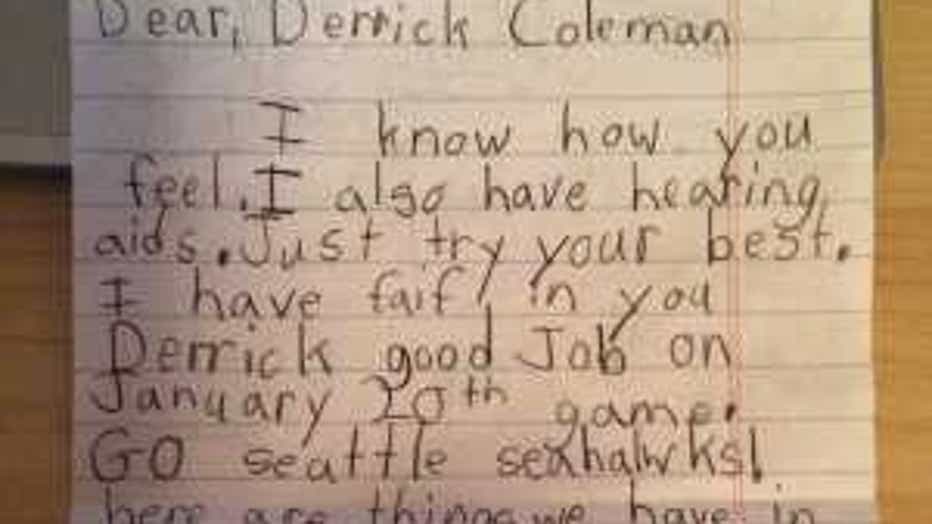 
@JakeIsMobile Your girls are awesome! Read them my letter back when you can! Thank you for the support! Means a lot! 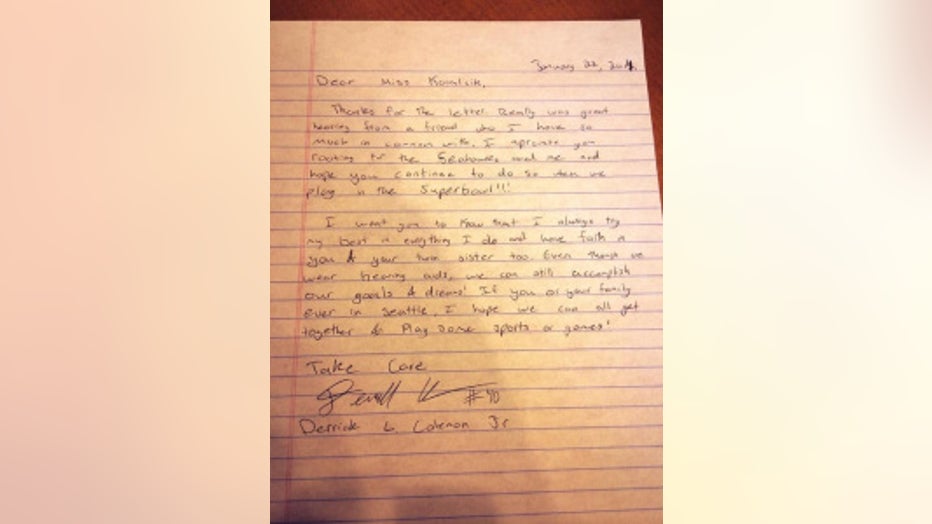