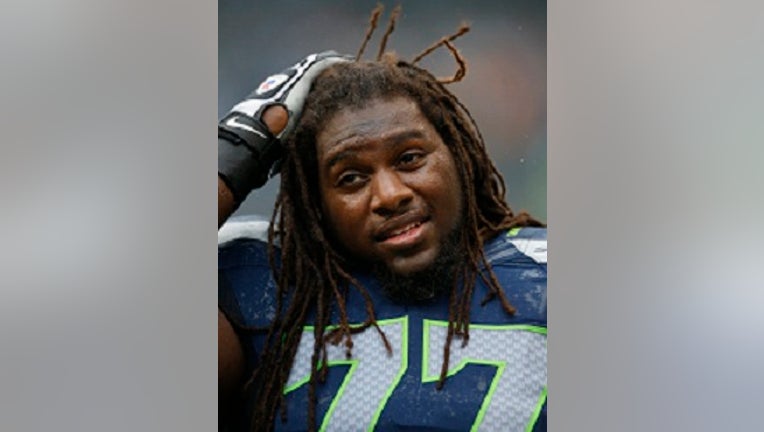 Guard James Carpenter #77 of the Seattle Seahawks looks on during the game against the Jacksonville Jaguars at CenturyLink Field on Sept. 22, 2013 in Seattle. (Photo by Otto Greule Jr./Getty Images)

Selected by Seattle with the 25th overall pick in the 2011 NFL Draft, Carpenter has started 26 of 32 games in his three seasons. In 2013, he played in all 16 games with 10 starts. He has played in one postseason game, starting at left guard in Super Bowl XLVIII vs. the Denver Broncos.

Carpenter's contract will expire after the upcoming 2014 season.

Meanwhile, the Seahawks announced they have re-signed backup linebacker O'Brien Schofield, who became an unrestricted free agent on March 11, and signed cornerback A.J. Jefferson, who was most recently with the Minnesota Vikings.

Schofield was originally drafted by Arizona in the fourth round (130th overall) of the 2010 NFL Draft and played in 35 games with nine starts in his three seasons with the Cardinals.

Jefferson was originally signed by the Arizona Cardinals as a rookie free agent on May 26, 2010. He spent two seasons with Arizona, playing in 18 games with seven starts. He was traded to the Minnesota Vikings on September 1, 2012. He played in 25 games with seven starts for the Vikings but was released on November 25, 2013.