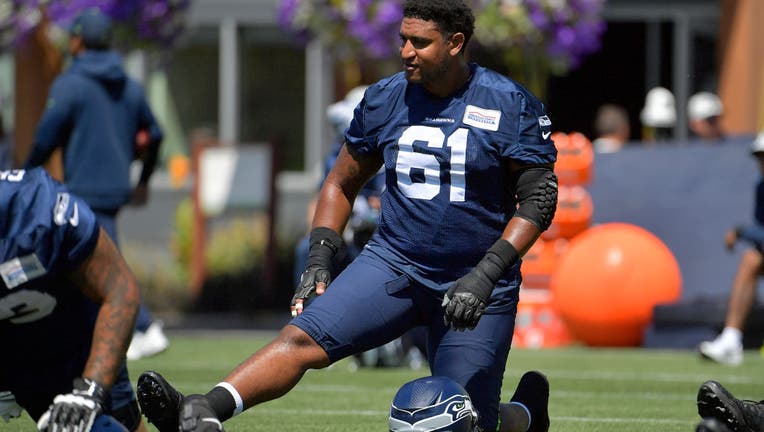 He watched Ethan Pocic handle the position for most of the 2020 season. Carroll wanted to see what Kyle Fuller could do when given a shot.

Heading into the final game of the preseason, it seems to be Fuller’s gig to lose.

"He could easily be the starting center for us, and we feel really good about that," Carroll said. "The great thing about it is that he still has Ethan sitting right there to push him. He’s known the whole time, we talked to him straight up about this competition and how it was going to go down in camp. He has not taken anything but forward steps the whole time."

While it’s not a very glamorous training camp battle, the starter at center was a big question when the Seahawks gathered nearly a month ago.

It could be Fuller wins the gig by default, although Seattle’s coaches have been very encouraged by his development and command of the new offense under offensive coordinator Shane Waldron. Pocic has been sidelined by a hamstring injury for most of training camp and only returned to practice this week.

And while it’s possible for Pocic to still be the starter for Week 1 at Indianapolis, Fuller’s body of work as the primary starter puts him in the lead.

"That was going to be a really nose-to-nose battle," Carroll said. "We were going to even up those reps and see what was going to happen at the end of the fight and know that we were generating a really good competitive spot. So, it didn’t work out that way."

Fuller is in his third season with the Seahawks, although he spent almost all of 2019 on the practice squad. Last season was his first chance to contribute as he appeared in nine games, with one start against the Los Angeles Rams.

Carroll and the coaching staff regularly raved about Fuller’s development a year ago, though when Seattle re-signed Pocic in the offseason it appeared the Seahawks were favoring continuity.

"It’s been a long journey for me, but the thing for me is just always emphasizing just trying to get better," Fuller said. "So no matter what their decision is, just continue to keep getting better and be where I’m supposed to be."

Fuller began his career in Houston as a seventh-round pick of the Texans in 2017 and started a pair of games as a rookie. He also had a brief stint in Washington before landing in Seattle right before the start of the 2019 season as part of the practice squad.

After two seasons in the same offense in Seattle, Fuller had to learn the schemes brought by Waldron. While there aren’t dramatic changes for the offensive line, there were still new plays and new calls to be learned.

At least a little bit of that new offense will likely be on display Saturday when the Seahawks close out the preseason since some of Seattle’s starters are expected to get playing time.

"That’s what I’m looking for individually is obviously make sure that I do better, my job better," Fuller said. "And then on top of that, collectively, we just want to win."