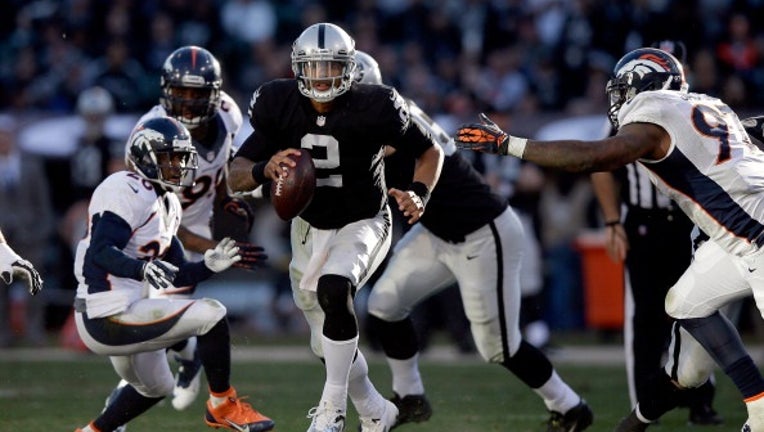 Terrelle Pryor #2 of the Oakland Raiders in action against the Denver Broncos at O.co Coliseum on December 29, 2013 in Oakland, California. (Photo by Ezra Shaw/Getty Images)

“Terrelle is an incredibly explosive athlete and we’re excited for him to come in and compete,” said John Schneider, Seahawks executive vice president of football operations and general manager.

Pryor, 24, a third-round pick by the Raiders in the 2011 supplemental draft, passed for 1,798 yards, seven touchdowns and 11 interceptions in 11 games for the Raiders last season.

The Raiders recently acquired Matt Schaub in a trade with the Houston Texans, and Schaub is expected to be Oakland's starter, with Matt McGloin serving as backup.

Pryor is expected to compete with Tarvaris Jackson for the backup position behind starting Seahawks quarterback Russell Wilson.

Pryor has one year left on his rookie contract, at $705,000, which is more than Wilson's $662,434.  Jackson is the highest paid of the quarterbacks on Seattle's roster, at $1.25 million.  Jackson's one-year deal is also guaranteed money.

The Seahawks also have second-year quarterback B.J. Daniels on its roster.