SEATTLE --  For only the fourth time in the franchise's 38 year history have the Seahawks not had a first round draft pick. That was the case going into the 2013 NFL draft. The Seahawks made their first move in the second round after trading their 56th overall pick to the Baltimore Ravens and selected Christine Michael as the 62nd overall pick. The running back joins Seattle out of Texas A&M and is listed at 5-foot-11, 221 pounds. He was a breakout star his freshman year of college when he ran for 844 yards and 10 touchdowns.

The Seahawks second pick came in the 3rd round. Pete Carroll and company chose Penn State defensive lineman Jordan Hill as the 87th overall pick. The 6-foot-1, 301 pound player started 27 of 45 games with 171 tackles and nine and a half sacks.

The Seahawks would make nine  more selections in the final day of the draft. In the fourth round, wide receiver Chris Harper out of Kansas State would get the call.  The 6-foot, 234 pound Harper signed with Oregon as a quarterback out of high school, but moved to wide receiver and then to Kansas State.

With the first of three picks in the fifth round, Seattle selected Alabama defensive tackle Jesse Williams today. The 6-foot-3, 325 pound player was selected 137th overall after the Seahawks traded into the spot sending the Lions the 165th and 199th picks.

With back to back picks to close out the fifth round, the Seahawks took cornerback Tharold Simon out of Louisiana State, followed by Luke Willson, a tight end from Rice University. Williams, Simon and Willson join a list of previous fifth-round draft choices by the Seahawks that includes All-Pro cornerback Richard Sherman (2011) and Pro Bowl-caliber strong safety Kam Chancellor (2010).

The Seahawks had one pick in the sixth round and selected LSU running back Spencer Ware.  Ware stands at 5-foot-10, 229 pounds and had 367 yards rushing and 230 receiving last season.

Seattle had four seventh round picks to close out the 2013 NFL Draft. The first added depth to the offensive line as Vanderbilt guard Ryan Seymour was selected. The 6-foot-4, 301 pound player was the 220th overall pick. The Seahawks got the pick in the trade that sent middle linebacker Barrett Ruud to the Saints last year. Next came outside linebacker Ty Powell from Harding University.  As the 231st overall pick, Powell stands at 6-foot-2 inches and weighs in at 249 pounds. The Seahawks needed depth at linebacker, with Malcolm Smith expected to step into the starting spot on the outside opposite K.J. Wright. At the 241st overall pick, the Seahawks continued to add to the offensive line by selecting New Hampshire guard Jared Smith. The teams final pick went to NE Oklahoma tackle Michael Bowie. Seattle's final two picks were compensatory selections. The Seahawks open Rookie Mini Camp on May 10, 2013. 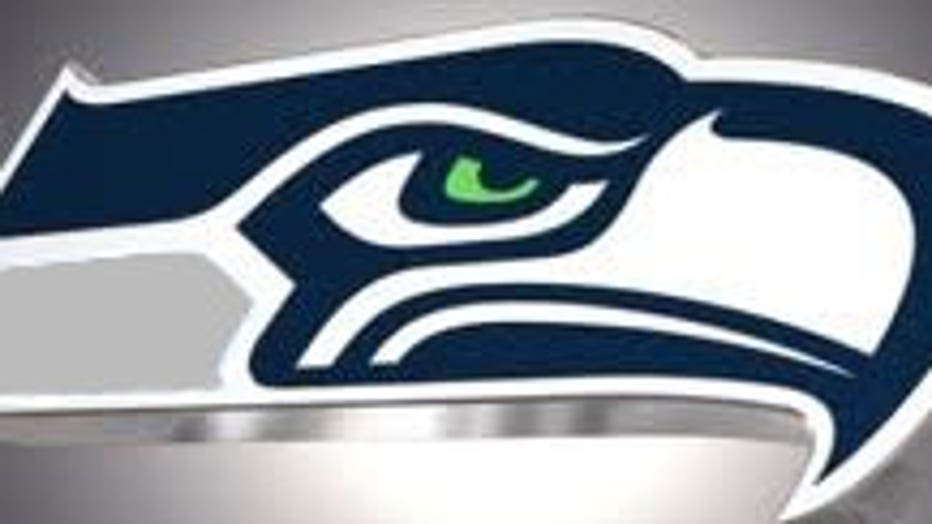