Dion Jordan owns mistakes, makes most of second chance with the Seahawks

Dion Jordan owns mistakes, makes most of second chance with the Seahawks

SEATTLE-- If you love a good  comeback story -- then you should be rooting every Sunday for Seahawks defensive end Dion Jordan.

His journey is one of redemption and he's making the most of his second chance in Seattle. Jordan's not only delivering on the field, but also inspiring local Special Olympics athletes.

When the Miami Dolphins cut Dion Jordan in 2015, many thought his professional football career was over.

He entered the league out of the University of Oregon with sky-high expectations. Jordan's 6-foot 6-inch frame and lightning fast time in the 40-yard dash landed him atop every team's draft board. The Dolphins selected him with the third overall pick. 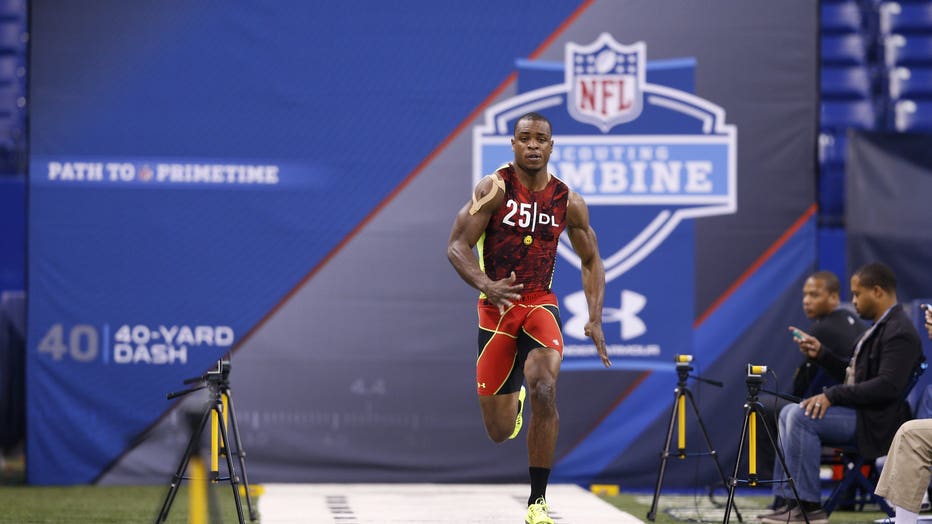 INDIANAPOLIS, IN - FEBRUARY 25: Dion Jordan of Oregon runs the 40-yard dash during the 2013 NFL Combine at Lucas Oil Stadium on February 25, 2013 in Indianapolis, Indiana. (Photo by Joe Robbins/Getty Images)

But in 2014, Jordan tested positive for a banned substance. He failed more drug tests and was suspended for all of 2015. That's when Miami let him go. Jordan was labeled a bust. He says he turned to alcohol to suppress the pain and feelings of failure.

He said it was a downward spiral.

“Being young and not understanding how to reach out for help,” Jordan said. “Especially as a professional athlete, this big macho guy. I was weak and I didn’t want to go to anybody because I was scared."

In time he would realize much of that fear was rooted in the way he was raised.

“My father was in and out of the home," Jordan said. "My mother was on drugs. There was a lot going on and I’m the oldest of three, so I was very aware.” 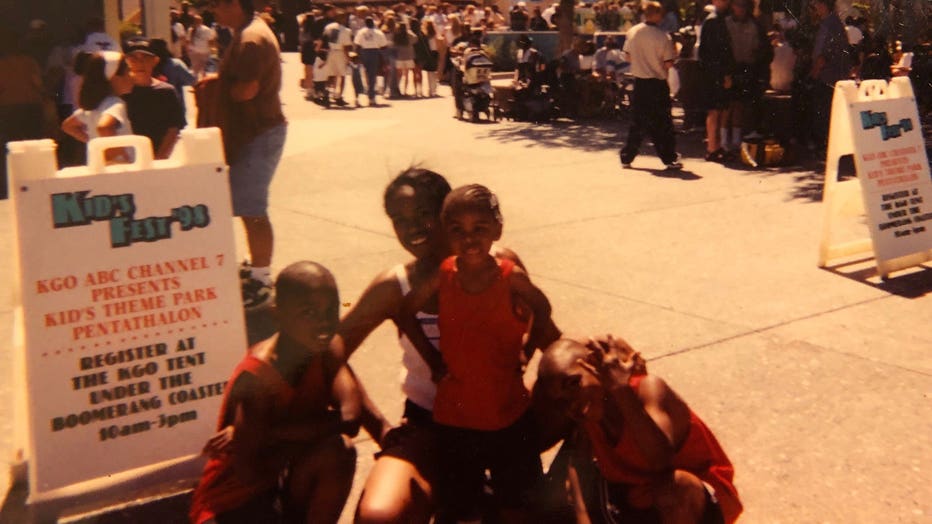 Dion Jordan (left) with his mother and two younger siblings. Photo courtesy of the Jordan family.

When he was 13 years old, the decision was made to remove Jordan and his younger brother and sister from his mother's home in San Francisco. They were relocated with his grandmother and aunt in Chandler, Arizona.

"I always had this feeling of wanting to understand, why my life was the way it was," Jordan said. "It was tough for me to get why these things kept happening to me and my loved ones."

Instability growing up that he would battle early in his professional career. Jordan hit rock bottom -- then got help.

"Eventually, I broke down those walls and went to the people who loved and cared for me. And they lifted me up.”

Through rehab, he got clean but needed a clean start in the NFL. The Seahawks gave Jordan that second chance. 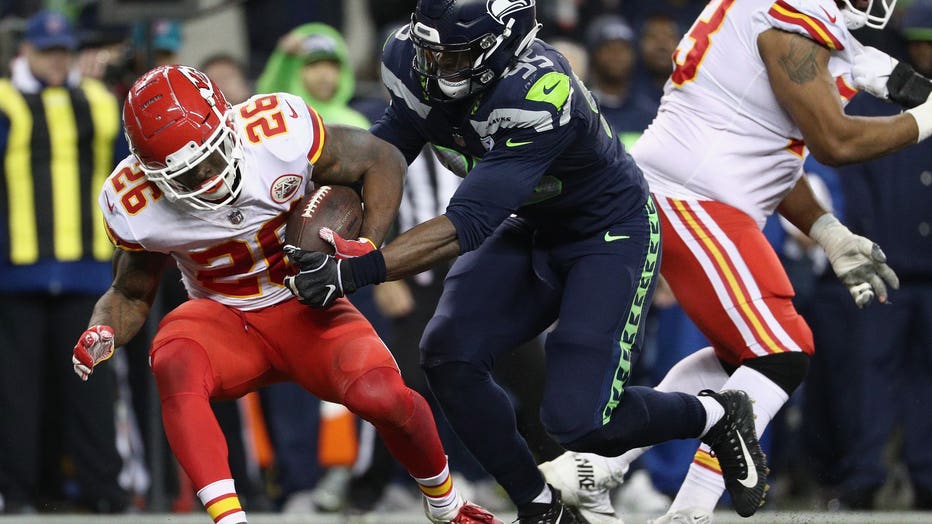 SEATTLE, WA - DECEMBER 23: Damien Williams #26 of the Kansas City Chiefs fumbles the ball in front of Dion Jordan #95 of the Seattle Seahawks during the second quarter of the game at CenturyLink Field on December 23, 2018 in Seattle, Washington. (Pho

When on the field, he’s shown the promise that made him a top prospect. Jordan finished third on the team in sacks in 2017. During the game against Kansas City on national tv this season, he notched a sack and caused a fumble. But for Jordan, the remarkable turnaround is about more than just football.

When the Special Olympics USA Games came to Seattle last summer, Jordan decided to volunteer. He connected with a flag football team from Federal Way.

He came back to join that team the next day. And the next. By the end of the games, Jordan was a member of the Federal Way Thunder. 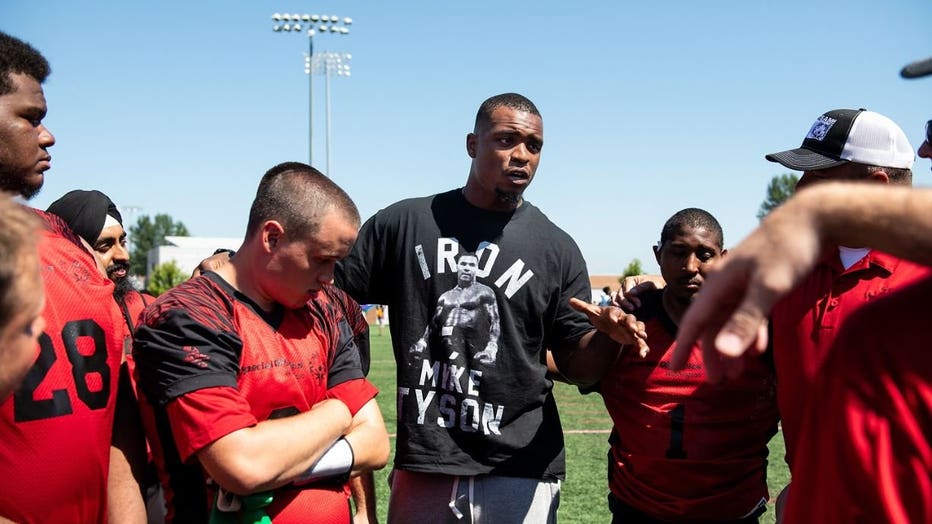 “I was learning so much from them," Jordan said. "I feel like I got more from being in that environment or being around them... than I can give them. I genuinely feel that way.”

After the thunder came to support him at Seahawks training camp last fall, Jordan knew, he had to repay the gift. 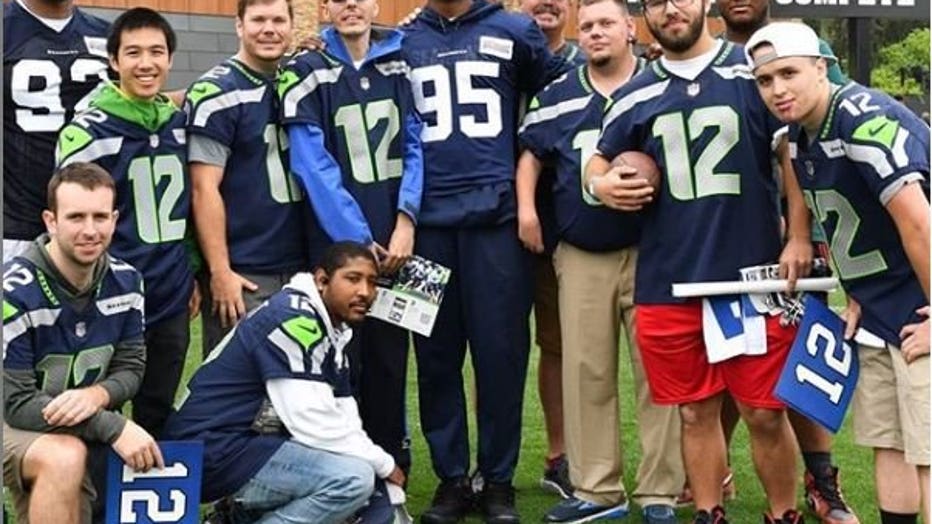 So right before Christmas, he threw a holiday party for more than 100 Special Olympics Washington athletes.

The Federal Way Thunder had a gift for him. A poster of their squad with Jordan in the middle, signed by every player.

“Our whole team loves you," said one member of the team.

"I love you guys too," Jordan responded. "You mean so much to me.”

A hug between Jordan and the athlete followed. As Jordan was embraced by a team overcoming their challenges, knowing he too has come so far to conquer his own. 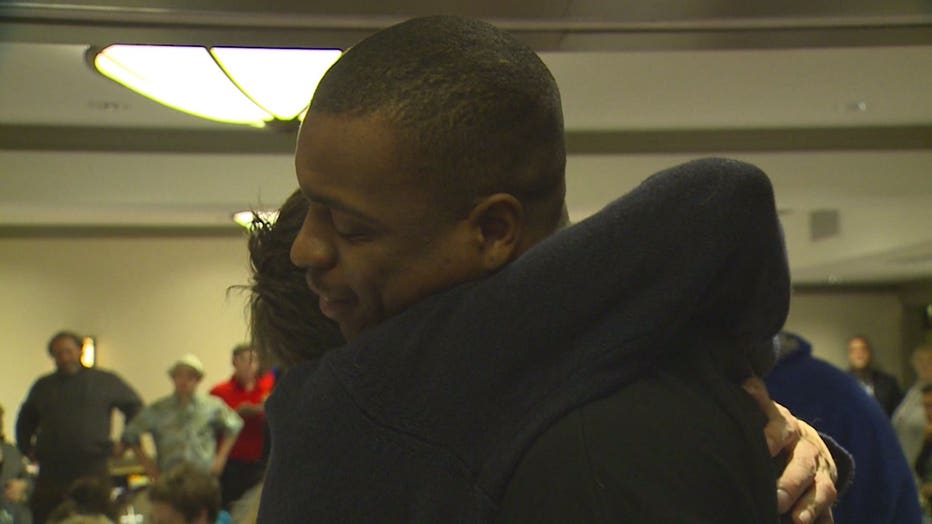