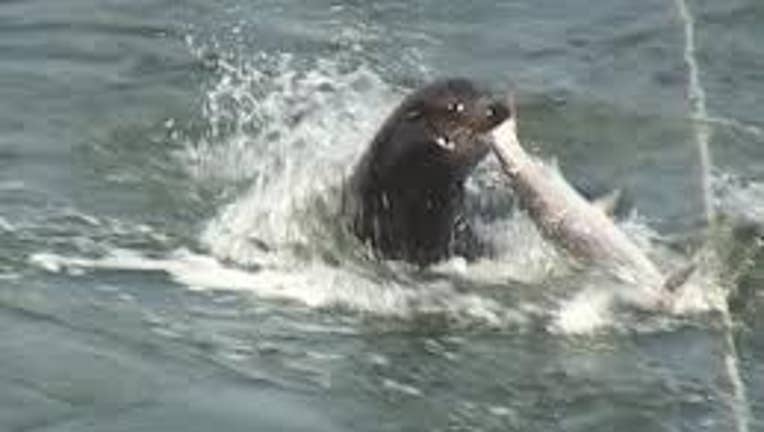 FRIDAY HARBOR, Wash. – The Sea Shepherd Conservation Society announced Friday the launch of its “Dam Guardian” campaign to protect California sea lions along the Columbia River in Washington and Oregon.

This marks the second year that Sea Shepherd has organized a sea lion "defense campaign" along the Columbia.

Sea Shepherd said it  plans to maintain a presence at the Bonneville Dam and the Astoria trap site with a team of more than 30 international volunteers.

It said its vessel Sea Shepherd RV has just arrived near the dam and will remain onsite as command central for the duration of the campaign to document the “cruel and hazing, branding, and killing of federally protected California sea lions along the Columbia River” as a way to protect salmon populations.

The campaign will run through May, the nonprofit conservation organization said.

Last year, the federal government granted a request from the states of Washington, Oregon and Idaho to authorize state agents to kill as many as 92 sea lions each year for five years, if needed to protect diminishing salmon populations.