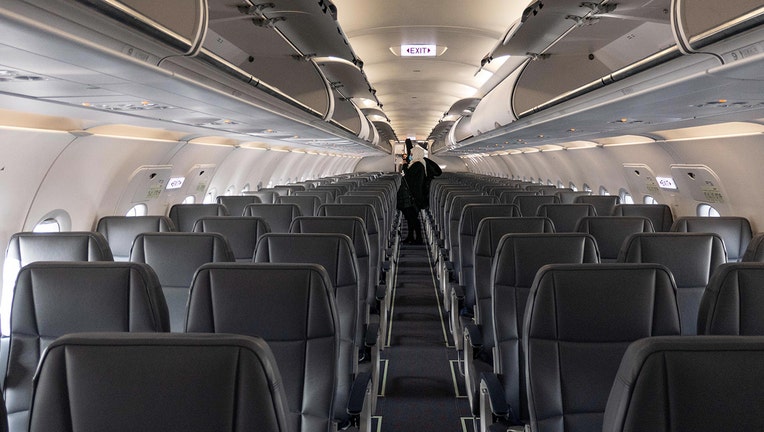 The interior of the cabin after landing with empty seats

WASHINGTON, D.C. - Local leaders are calling upon the Department of Justice and the Federal Aviation Administration (FAA) to crack down on unruly passengers and assaults on airlines.

"Civil penalties alone are failing to deter criminal activity by airline passengers," wrote Cantwell and Durbin. "Robust and public efforts to prosecute those who endanger passengers and crewmembers are necessary to deter interference with safe air travel. The FAA plays a critical role in investigating and referring criminal incidents to federal law enforcement authorities."

The senators make specific reference to passengers scuffling over mask mandates on planes.

According to data from Cantwell's office, there have been 4,284 incidents of unruly passengers this year—3,123 of them related to wearing masks on planes. The FAA has also started 755 investigations into these incidents, fining passengers more than $1 million in total.

Additionally, a survey showed that more than 85% of flight attendants have dealt with unruly passengers in the first half of 2021 alone.

"As you know, DOJ has ample authority to prosecute those who commit crimes while onboard an aircraft," wrote the senators. "It is critical that DOJ direct federal law enforcement agents and prosecutors to use these authorities to fully investigate reported incidents on aircraft, and, when supported by the evidence, prosecute those who are criminally responsible."

Cantwell and Durbin want the DOJ and FAA to inform Congressional oversight of the issue by October 11.