AUBURN, Wash. - Auburn Police arrested Scott McMillan on June 9th after receiving an anonymous tip from a Washington's Most Wanted viewer that he was spotted at the 7-11 at 1302 8th St SE.  McMillan had been featured on the show on May 28, 2021.

Officers quickly responded, verified his Domestic Violence Assault felony warrant and took him into custody near a bus stop by the 7-11.   McMillan confirmed his identity and told police he was aware of his arrest warrant.

He was booked into the Regional justice Center where he is being held on $100,000 bail.

McMillan is Washington's Most Wanted capture #1214 thanks to tips from our viewers.

An urgent search is underway for a man accused of beating and strangling a woman.

Scott McMillan has two domestic violence charges against him right now after police say he got into a fight with a woman in Auburn earlier in this month - and then ran off.

Detectives say he punched her in the head multiple times and choked her until her vision went black. But she says this isn't the only time he's done something like this to her.

Court documents say McMillan has choked the woman several times, even causing her to lose consciousness.

He has a criminal history spanning more than two decades, including multiple other incidents of domestic violence.

Officers say statistics show that being strangles makes someone eight times more likely to die at the hands of the person abusing them.

"They never have rest; they never have peace," Sgt. Tim Meyer with the King County Sheriff's Office says. "As long as they are out there they know that they are at risk of being assaulted, in this case, punched in the head, strangled, being unable to breathe, and there's this constant angst and unease, even as we have in this case no contact orders that are out there."

McMillan is about 6 feet tall, 180 pounds - and pay close attention to his very blue eyes.

Police believe he could be hiding out in either Auburn or Pasco. 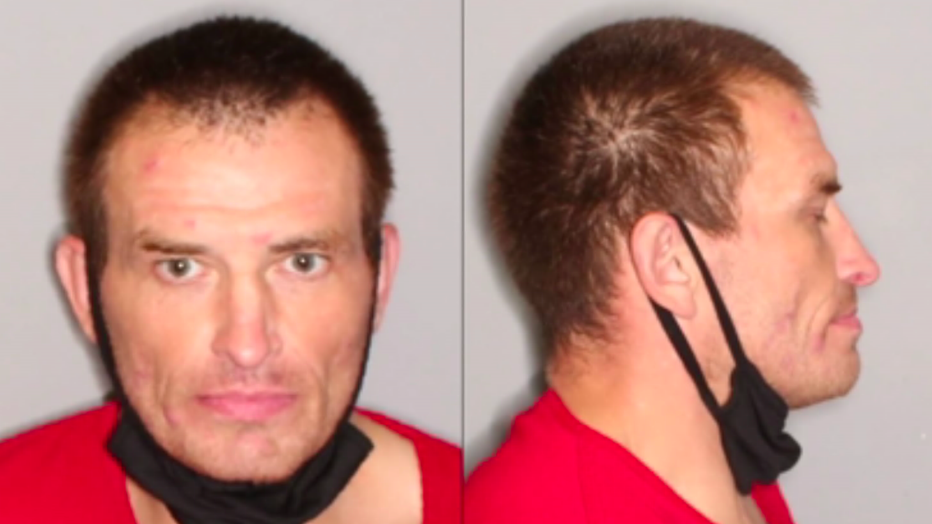 If you see him, call 911, or you can submit an anonymous tip to Crime Stoppers of Puget Sound by calling 1-800-222-TIPS or by using the P3 Tips app on your smartphone.

There is a cash reward of up to $1,000 offered for information leading to his arrest.