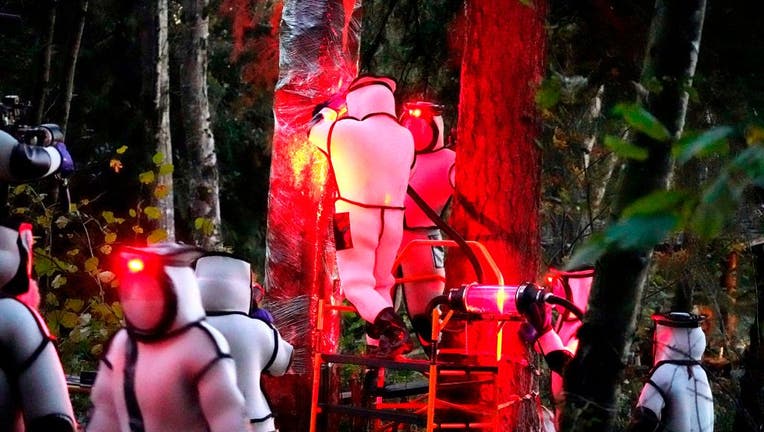 Washington State Department of Agriculture workers, wearing protective suits and working in pre-dawn darkness illuminated with red lamps, vacuum a nest of Asian giant hornets from a tree on October 24, 2020, in Blaine, Washington. (Photo by ELAINE THOMPSON/POOL/AFP via Getty Images)

SPOKANE, Wash. - Scientists will set about 1,000 traps this year in their quest to wipe out the Asian giant hornet in Washington, the state Department of Agriculture said Tuesday.

Scientists believe the hornets, first detected in the Pacific Northwest state in 2019, are confined in Whatcom County, which is located on the Canadian border north of Seattle. 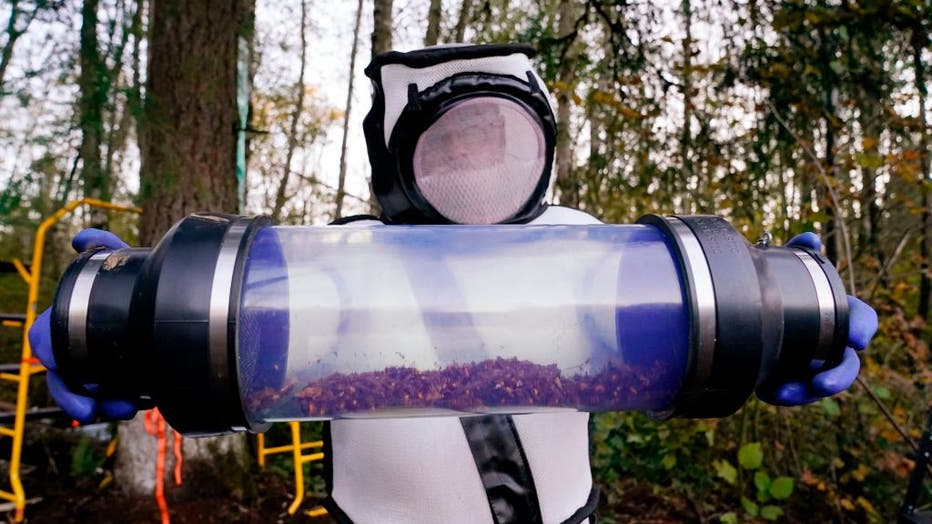 "We are doing pretty good right now," said Sven-Erik Spichiger, who is leading the fight to eradicate the hornets for the state Department of Agriculture. "We know about where the nests are located in Whatcom County."

The insects are the world’s largest hornets, with queens reaching up to 2 inches (5 centimeters) long. They are considered invasive in North America for their ability to kill other bee and hornet species, which is how they got the nickname "murder hornets."

Hornets caught in traps help scientists find the location of nests. The state eradicated three nests last year, all near the town of Blaine, Washington, and there have been no confirmed reports of Asian giant hornet nests so far this year, Spichiger said. 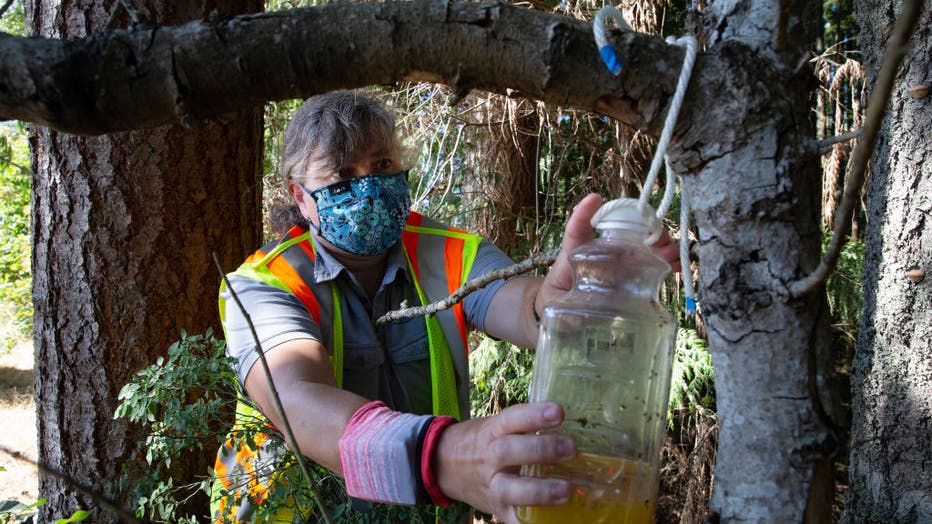 The agency is also encouraging residents to set their own traps, to cover more ground.

The hornets will not be considered eradicated until Washington has gone three full years with no detections, the agency said. The first confirmed detection of an Asian giant hornet in Washington was made in December 2019.

Spichiger said the Entomological Society of America is also working to establish an official name for the insect. Asian giant hornet, or the popular nickname murder hornet, are not official names, he said.

The hornets can also deliver a painful sting, which can result in death if a person is stung repeatedly. Asian giant hornets rarely attack humans unless provoked. About 30 to 50 people die annually from Asian giant hornet stings in Japan, one of their native habitats. 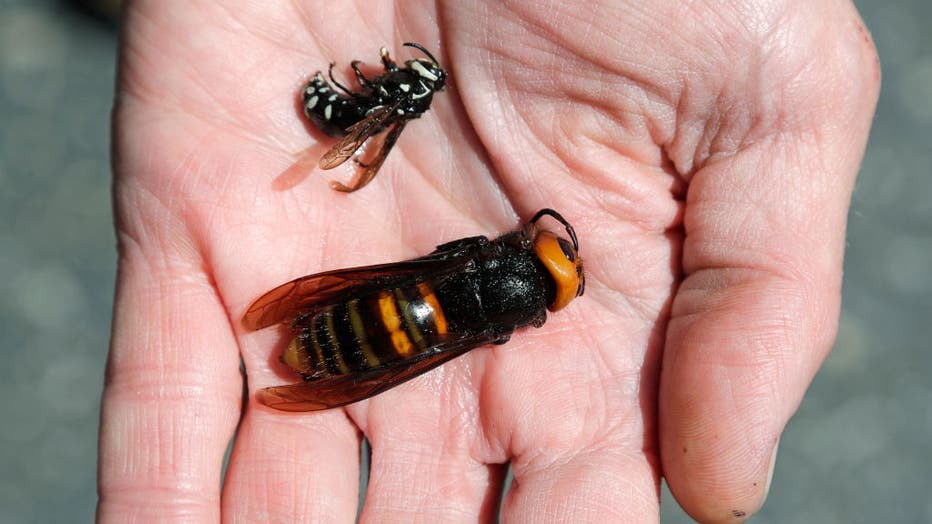 Meanwhile, hornets, wasps and bees typically found in the United States kill an average of 62 people a year, the U.S. Centers for Disease Control and Prevention has said.

Another effort is underway to determine exactly where in Asia these hornets came from, to try and learn how they are getting across the Pacific Ocean, scientists said. The theory is they are crossing on cargo ships, officials have said.

Hornet queens tend to emerge from winter quarters in the spring and establish nests to birth worker hornets. The hornets start attacking and destroying beneficial honey bees later in the year, eating the bees for protein as they raise more hornets.

A small group of Asian giant hornets can kill an entire honey bee hive in a matter of hours. The honey bees pollinate many of the crops in Washington’s multibillion-dollar agriculture industry.

WSDA has eradicated four Asian Giant Hornet nests—one in 2020 and three in 2021. It has been eight months since the invasive bug was detected in the state. It raises questions if all of them were exterminated.