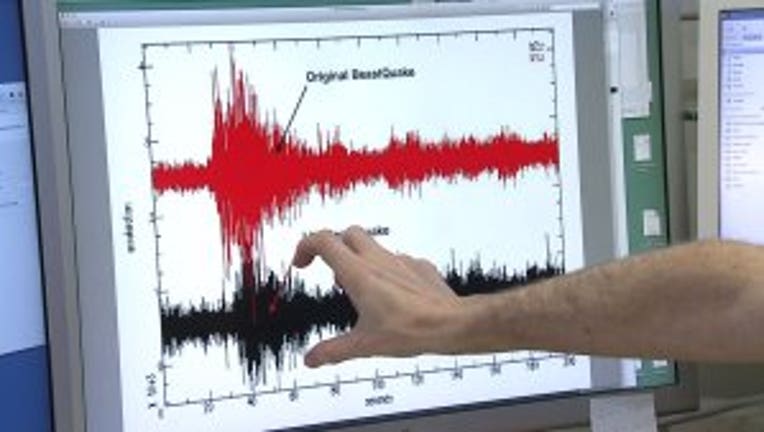 SEATTLE - When the Seahawks score during this Sunday's NFC Championship game against the San Francisco 49ers, the noise will not only be loud, but measurable.  University of Washington seismologists have installed a third seismograph at CenturyLink Field, The Pacific Northwest Seismic Network (PNSN) said in a press release.  The three seismographs can accurately measure the "energy" of the Seahawks '12th man' - the fans - cheering, clapping, stomping their feet, etc.

The seismograms, dubbed "Hawk-O-Grams", combine to produce a streaming graphic that can be seen on The Pacific Northwest Seismic Network's website: pnsn.org.  The seismometers picked up local traffic, trains and the stadium's powerful heating and cooling pumps.  They also picked up a strange harmonic vibration a couple of minutes after Seahawks touchdowns, PNSN reported.