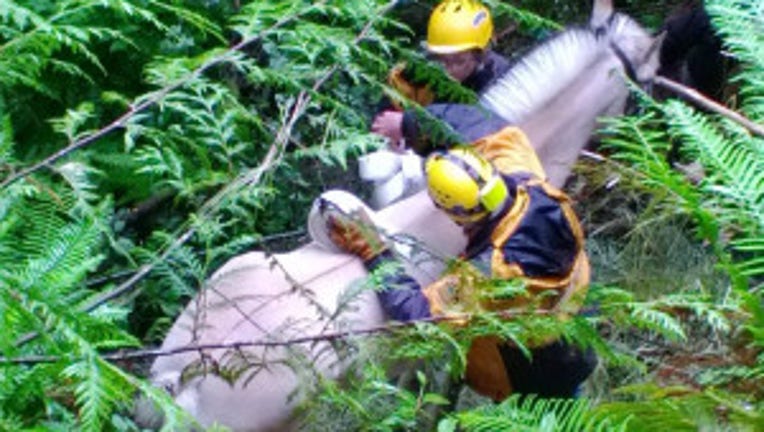 The horse apparently got out of its stable Sunday at the Saddle Rock Stable in the 24000 block of 115th Street in Redmond. It was walking  and fell down an embankment, officers said.

Investigators are planning to wrap a fire hose around the animal to help it scale the steep ravine. The horse reportedly has food and water, and has been given pain medication.