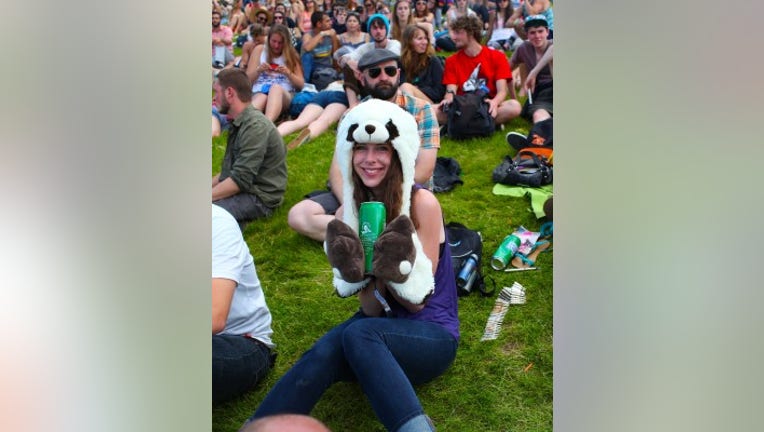 This Sasquatch! Music Festival concert-goer dressed for the event in 2013. (Photo: Walter Anderson/KCPQ-TV)

SEATTLE -- The second weekend of the Sasquatch! Music Festival, on the Fourth of July weekend, has been canceled because it "was not embraced," by ticket buyers, the organizer announced Friday. The traditional festival on Memorial Day weekend will still be held.

“The Sasquatch! community has spoken. They continue to support the traditional Memorial Day Weekend event with great enthusiasm," said Jeff Trisler, president of organizer Live Nation Seattle. "Unfortunately, the second weekend was not embraced. We felt it was better to cancel the new event now and give everyone time to make alternative plans for the Fourth of July weekend.

"Going forward, Sasquatch! Music Festival will be at the Gorge Amphitheatre on the weekend the fans want: Memorial Day Weekend only,” Trisler said.

Ticketmaster will refund the credit cards used to purchase passes for the Fourth of July Weekend, Trisler's news release said. For those who purchased tickets to both weekends, half of the total purchase price (which was applied to the Fourth of July Weekend) will be refunded. The discount on the Memorial Day Weekend purchase will remain in effect. For more information, please call Ticketmaster at 1-800-745-3000.

Some of the acts scheduled to perform on Fourth of July Weekend will be making alternate plans to perform at other venues. Information will be released as available.