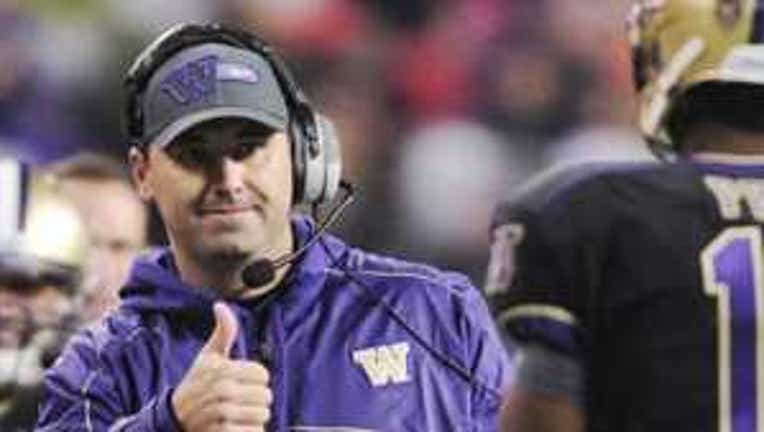 Others, like the fedoras of Bear Bryant and Tom Landry, are trademarks of their coaching success.

For Husky coach Steve Sarkisian, hats weren't his thing. He was a visor guy on Game Day since his days at USC.

But after a 3-4 start to the season, Sarkisian made a surprising change. Against seventh-ranked Oregon State, he wore a hat instead.

"Coach Johnny Nansen was wearing the hat one morning in the hotel whenever that game was and it was raining outside and I said, 'Hey! Let me wear that hat tonight at the game.' "

Sure enough, the Huskies won --- prompting us to beg for a permanent change.

The next week, Sark listened --- and wore the hat.

And for the first time in more than a year, the Huskies won a game on the road.

Last week, Utah was favored. But Sark wore the hat, and the Dawgs won by 19.

"You know, I just try to fuel your fire --- keep you relevant, heh, heh! If that's part of us winning three games in a row, I'll keep wearing the hat," Sark said.

And why not? The Dawgs are on a roll --- a reminder that some hats have magical powers.

Believe in the hype or not, coach --- but as long as the Huskies find success, keep putting it on, through the Dawgs' last crusade.