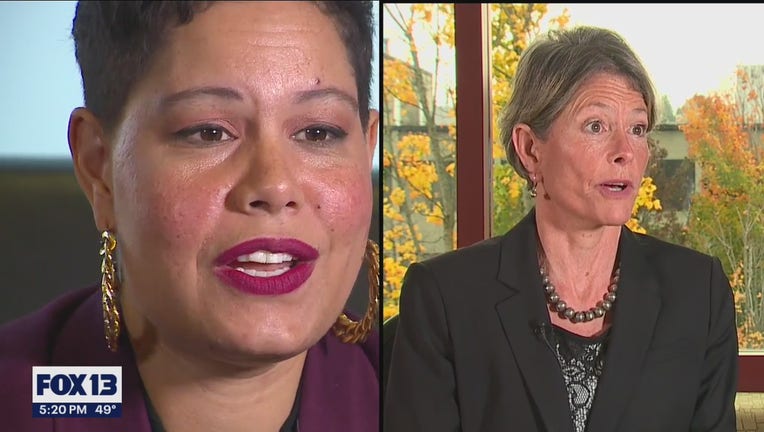 SEATTLE - With Seattle council member Lorena Gonzalez running for mayor, her seat for the at-large District 9 position is up for grabs.

The two candidates have some similar concerns, but their approaches and policy would be different.

Throughout Nelson's campaign, she said one of her biggest concerns is the explosion of the homelessness crisis. She says there is a lack of urgency and effective coordination among city departments and homeless service providers.

Both candidates have opposite views on police.

Oliver has been a loud voice in the fight to defund police. They want a future with fewer officers and more civilians responding to 911 calls. Nelson, however, says she wants police reform and better training, not fewer officers.

In a little more than 24 hours, the Seattle City Council will look a lot different. With Lorena Gonzalez running for Mayor, her seat is up for grabs—and while candidates Nikkita Oliver and Sara Nelson share some similarities, they have vastly different approaches.