What is salmonella infection and what are the symptoms?

People can get infected by eating contaminated food or drinking water, as well as by touching infected animals or their environment.

ATLANTA - Salmonella outbreaks linked to meats like prosciutto and salami have been reported across 17 states, sickening dozens and hospitalizing at least 12 people.

The Centers for Disease Control and Prevention (CDC) on Aug. 24 said officials were investigating two multistate salmonella outbreaks to determine specific brands behind illnesses. As of Aug. 24, the health agency reported 36 illnesses stemming from either salmonella typhimurium or salmonella infantis, with at least a dozen hospitalized. No deaths were reported.

The CDC said the figures are likely an undercount because many recover without treatment and go without testing.

"Epidemiologic data show that the likely sources of both outbreaks are Italian-style meats," an investigation notice reads. In cases with available data, results indicated most people consumed "Italian-style meats, including salami, prosciutto, coppa, and soppressata, that can often be found in antipasto or charcuterie assortments; several brands were reported."

Available data suggest a greater number of illnesses were reported in California, Arizona and Illinois, though states like Washington, Texas, Minnesota, Michigan, Ohio and others reported illnesses as well. 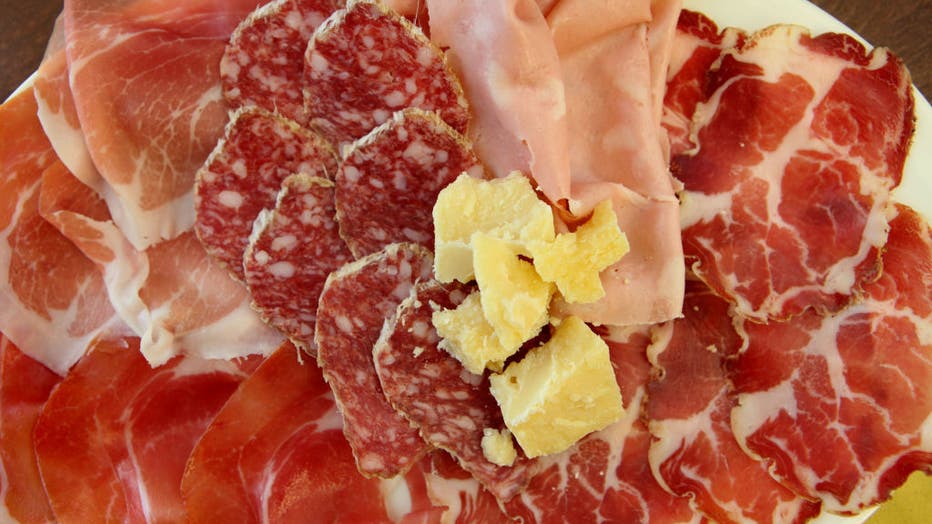 The CDC advised populations at high risk (like children under 5, older adults, and those with weak immune systems) for severe salmonella illness to heat Italian-style meats to 165 degrees Fahrenheit or steaming hot. Salmonella infections usually result in stomach cramps, fever, and diarrhea and symptoms usually last about 4 to 7 days. While most people recover without treatment, sometimes severe illnesses require hospitalization because the infection can spread from the intestines to the bloodstream and then elsewhere in the body.