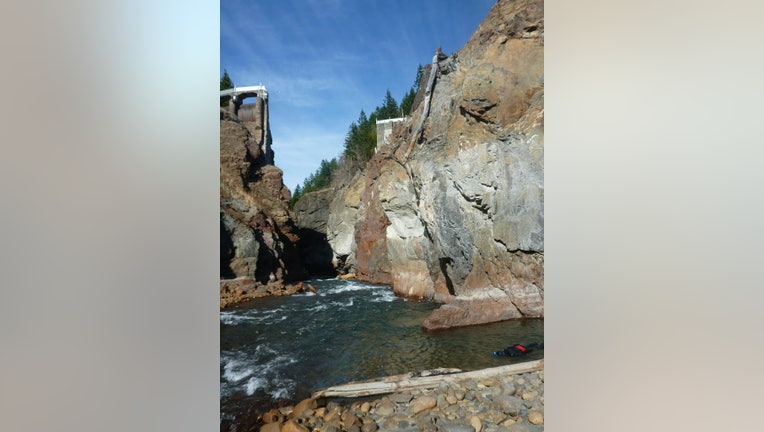 The biologist made the discovery during a snorkel survey of the area above the old Glines Canyon Dam site.

These fish hadn't been spotted in this area for 102 years.

“When dam removal began three years ago, Chinook salmon were blocked far downstream by the Elwha Dam,” said Olympic National Park Superintendent Sarah Creachbaum.  “Today, we celebrate the return of Chinook to the upper Elwha River for the first time in over a century."

The adult Chinook salmon all measured between 30 and 36 inches long in the former Lake Mills. Officials said two of the fish were resting near submerged tree stumps and a third was found in a deep pool.

“Thanks to the persistence and hard work of many National Park Service employees, the Lower Elwha Klallam Tribe and many other partners, salmon can once again reach the pristine Elwha watershed within Olympic National Park,” said Creachbaum.

The next day, they counted 432 Chinook salmon in a 1.75-mile section of river just downstream from Glines Canyon above the old Elwha dam site.