The New Orleans Saints have been fined more than $500,000 for a player allegedly faking an injury during Monday night’s loss to the Tampa Bay Buccaneers.

The NFL reportedly determined that Saints defensive end Cameron Jordan faked an injury in the fourth quarter, and he was fined $50,000. 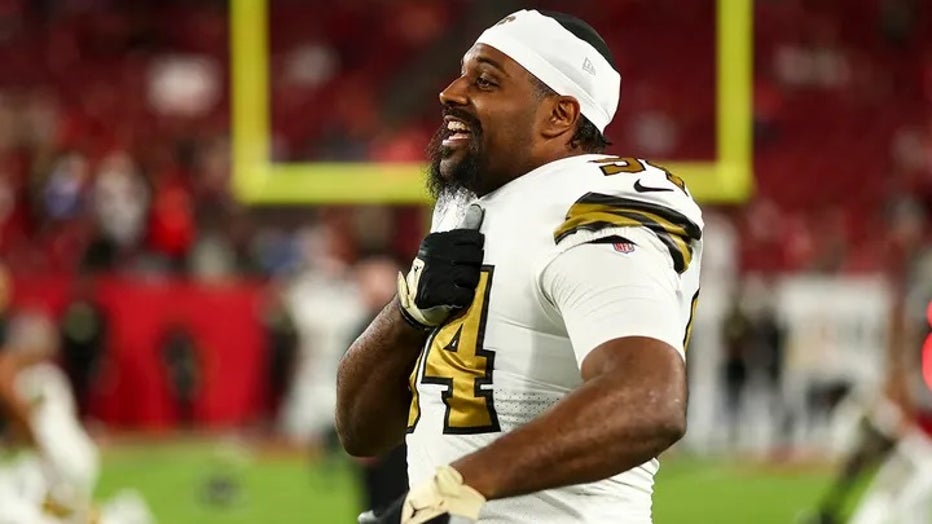 Cameron Jordan of the New Orleans Saints yells to teammates while stretching prior to a game against the Tampa Bay Buccaneers at Raymond James Stadium Dec. 5, 2022, in Tampa, Fla. (Kevin Sabitus/Getty Images)

New Orleans released a statement Saturday saying it will appeal the fines.

"The New Orleans Saints deny any allegations of purposefully delaying the game on Monday evening," the statement said. "Defensive end Cameron Jordan felt foot pain following a third-down play and sought medical attention. He entered the blue medical tent and was examined by the medical staff and, following the examination, he was taped and able to finish the game.

"He had an MRI performed the following day in New Orleans and was confirmed that he suffered an acute mid-foot sprain in his left foot. He has been at the facility each day receiving treatment for his injury he suffered on the play. The Saints will appeal the fines through the proper channels and believe the allegations will be proved incorrect." 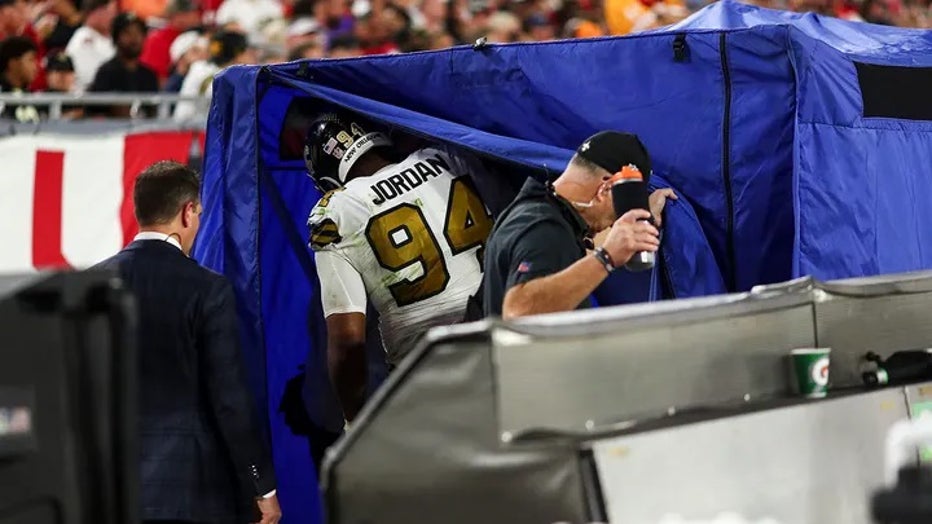 Cameron Jordan of the New Orleans Saints walks into the injury tent on the sideline during the fourth quarter of a game against the Tampa Bay Buccaneers at Raymond James Stadium Dec. 5, 2022, in Tampa, Fla. (Kevin Sabitus/Getty Images)

On a third-and-17 in the fourth quarter, Jordan fell to the ground after trying to sack Tampa Bay quarterback Tom Brady before getting back up.

After taking a few steps and looking toward the sideline, Jordan fell to a knee and pointed toward his leg. 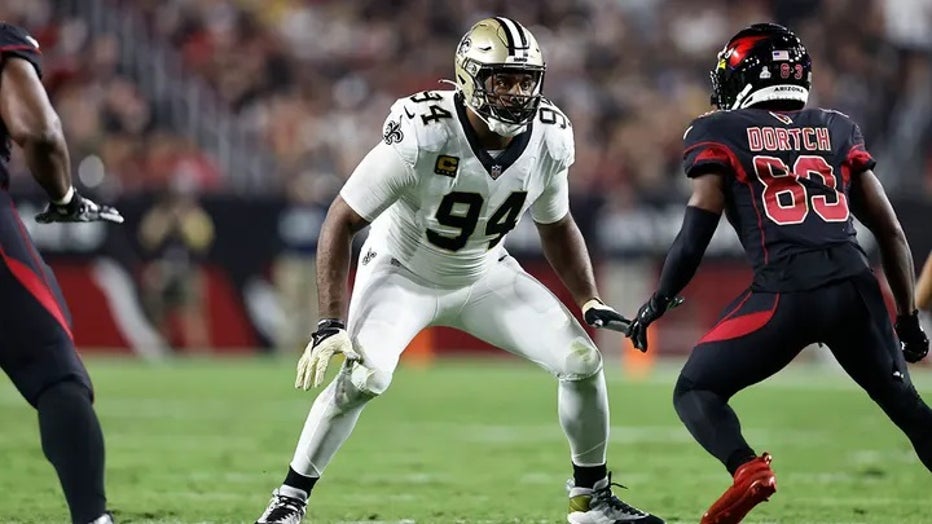 Cameron Jordan (94) of the New Orleans Saints defends during a game against the Arizona Cardinals at State Farm Stadium Oct. 20, 2022, in Glendale, Ariz. (Michael Owens/Getty Images)

Jordan took to Twitter Saturday morning after being notified of the fine.

"Most expensive fine to date from the [NFL] came in yesterday… added stressor for no reason," Jordan posted to Twitter.

New Orleans dropped to 4-9 after blowing a 13-point fourth-quarter lead to Tampa Bay. The Saints face the Atlanta Falcons Sunday.