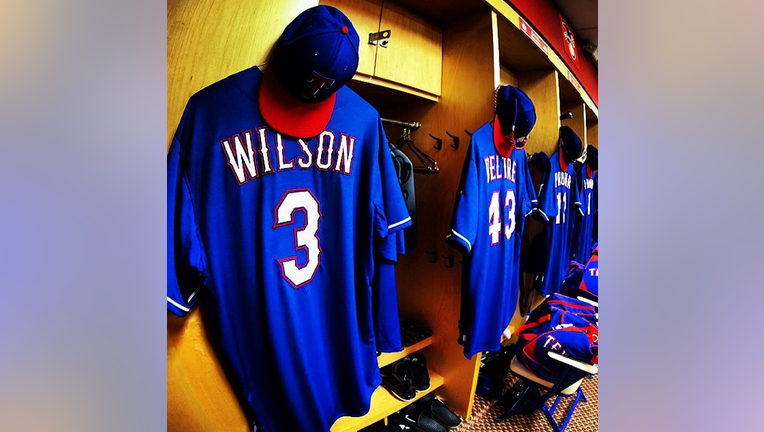 SURPRISE, Ariz.-- He looks almost as good in a baseball jersey as he does in a Seahawks uniform. Almost.

According to the Dallas Star- Telegram, Rangers' Manager Ron Washington said Wilson looked "sharp" in his brief workout with the team.

Wilson was drafted by the Rangers in the Rule 5 draft in December. He received a standing ovation from several 12s on hand to watch the practice, the Star-Telegram reported.

Wilson kept his practice light, and did not take batting practice. He was expected to talk to reporters later in the day Monday.