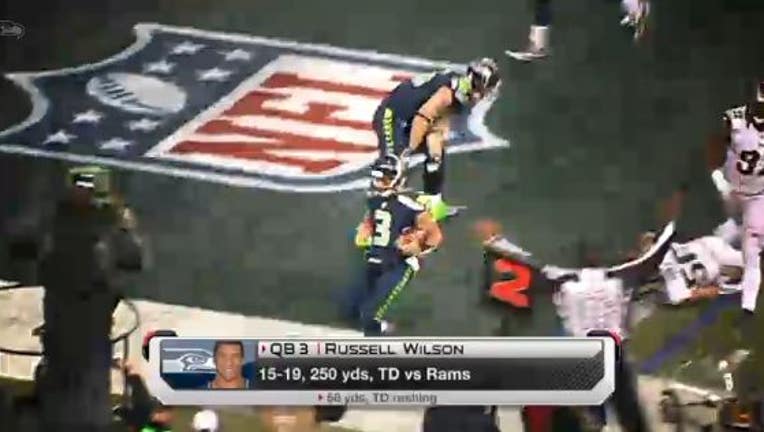 Another week, another nomination of Russell Wilson for Rookie of the Week.

This is the ninth time the Seahawks’ rookie quarterback has been nominated, and sixth in the past nine weeks. This week, Wilson ran for the game-winning touchdown in Sunday’s 20-13 victory over the Rams at CenturyLink Field and also threw his 26th touchdown pass to tie the NFL rookie record that was set by Peyton Manning in 1998.

You can vote here for Wilson, who won the honor in Week 10. Voting this week ends Wednesday at noon PT.