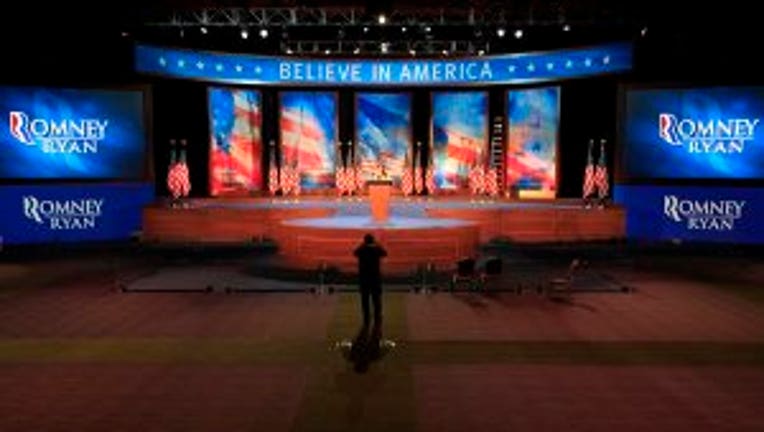 Mitt Romney told his top donors Wednesday that his loss to President Obama was a disappointing result that neither he nor his top aides had expected, but said he believed his team ran a “superb” campaign with “no drama,” and attributed his rival’s victory to “the gifts” the administration had given to blacks, Hispanics and young voters during Obama’s  first term.

Obama, Romney argued, had been “very generous” to blacks, Hispanics and young voters. He cited as motivating factors to young voters the administration’s plan for partial forgiveness of college loan interest and the extension of health coverage for students on their parents’ insurance plans well into their 20s. Free contraception coverage under Obama’s healthcare plan, he added, gave an extra incentive to college-age women to back the president.

Romney argued that Obama’s healthcare plan’s promise of coverage “in perpetuity” was “highly motivational” to those voters making $25,000 to $35,000 who might not have been covered, as well as to African American and Hispanic voters. Pivoting to immigration, Romney said the Obama campaign’s efforts to paint him as “anti-immigrant” had been effective and that the administration’s promise to offer what he called “amnesty” to the children of illegal immigrants had helped turn out Hispanic voters in record numbers.

“The president’s campaign,” he said, “focused on giving targeted groups a big gift — so he made a big effort on small things. Those small things, by the way, add up to trillions of dollars.”

The Wednesday donor call was organized by Romney’s finance team and included a final rundown of fundraising efforts as well as an analysis by Romney pollster Neil Newhouse, who has been criticized by some Republicans for misleading the candidate about his chances.

“I am very sorry that we didn’t win,” Romney told the donors. “I know that you expected to win. We expected to win…. It was very close, but close doesn’t count in this business.”

Romney reflected on the trajectory that led to last week’s loss, acknowledging that he’d “gotten beat up pretty bad” by Obama and his allies after the primaries, but noting his rebound after the first fall debate.

The 2012 Republican nominee avoided any recriminations about his team or a second-guessing of their efforts, calling the organization “a very solid team that got along” – an attribute he said he hoped would be reflected in the 2012 campaign books that are being written.

Romney added that there was “no drama in the campaign — not that everybody was perfect; everybody has flat sides, but we learned how to accommodate each other’s strengths and weaknesses, to build on the strengths.”

“The organization did not get in the way,” he said.

In words of thanks for his donors, Romney said he never expected the campaign to raise more than $500 million. The Romney team ultimately raised more than $900 million, according to finance chairman Spencer Zwick, who reviewed some of the final tallies during the call.

Romney said he and his team were discussing how to keep the campaign’s donor group connected — perhaps with annual meetings or a monthly newsletter — “so we can stay informed and have influence on the direction of the party, and perhaps the selection of a future nominee.”

“Which, by the way,” the former candidate added with a chuckle, “will not be me.”

The former Massachusetts governor said he was trying to turn his thoughts to his plans going forward.

“But frankly we’re still so troubled by the past, it’s hard to put together our plans for the future,” he said.