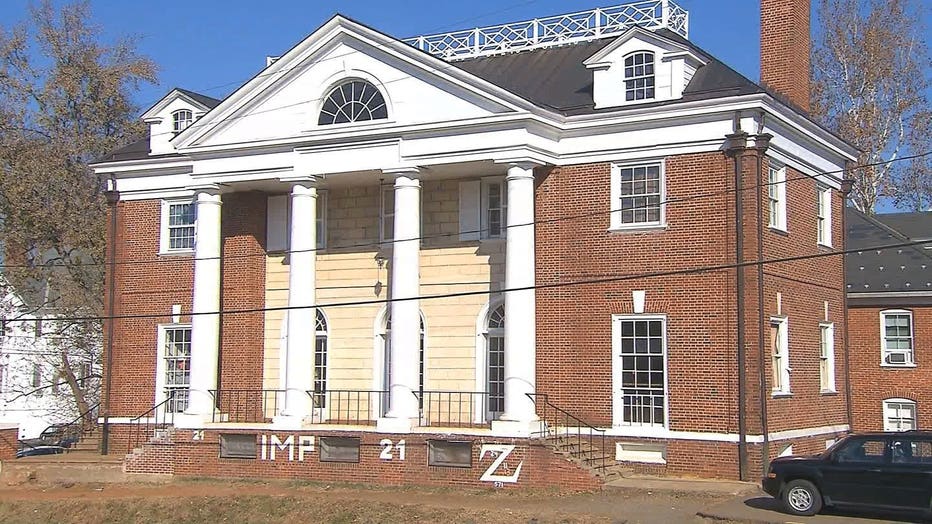 (CNN) -- Rolling Stone magazine apologized Friday for discrepancies in an article about the alleged gang rape of a University of Virginia student, after friends of the victim expressed doubts about the woman's account and the accused fraternity chapter denied key details.

Rolling Stone editors made the choice not to contact the man who allegedly "orchestrated the attack on "Jackie"(the woman who was the subject of the article) nor any of the men she claimed participated in the attack for fear of retaliation against her," a decision the magazine says it now regrets.

It said its trust in the woman "was misplaced."

"In the face of new information, there now appear to be discrepancies in Jackie's account, and we have come to the conclusion that our trust in her was misplaced," Rolling Stone said.

Rolling Stone Managing Editor Will Dana later tweeted that "the truth would have been better served by getting the other side of the story."

The article chronicled the school's failure to respond to that alleged assault. It prompted an emergency meeting by the school's governing board and the announcement of a zero-tolerance approach toward sexual assault cases.

According to the magazine, Jackie, who at the time had just started her freshman year at the Charlottesville school, claimed she was raped by seven men at Phi Kappa Psi fraternity, while two more gave encouragement, during a party.

However, the University of Virginia's Phi Kappa Psi chapter did not have a party the night of September 28, 2012, the date when the alleged attack occurred, or at all that weekend, the chapter said in a statement Friday. The chapter's lawyer, Ben Warthen, told CNN email records and Inter-fraternity Council records are proof.

Warthen said there were other discrepancies in the accuser's account. For example, the accused orchestrator of the alleged rape did not belong to the fraternity, the fraternity house has no side staircase, and there were no pledges at that time of year.

Jackie told the magazine she hurried out a side staircase after the incident and said her attackers egged each other on, asking, "Don't you want to be a brother?"

"It's not part of our culture," Warthen said. "It's just not true."

Jackie also described her alleged attacker as a fellow lifeguard at the university pool. The fraternity's UVA chapter said an internal investigation found no member who worked at the Aquatic and Fitness Center at the time of the alleged attack.

"We have no knowledge of these alleged acts being committed at our house or by our members," the chapter statement said. "Anyone who commits any form of sexual assault, wherever or whenever, should be identified and brought to justice."

The chapter said it is working with the Charlottesville Police Department as it investigates the allegations.

The Washington Post reported Friday that a group of Jackie's close friends "believe something traumatic happened to her, but they also have come to doubt her account" because details have changed over time.

Rolling Stone's scathing report, detailing not just Jackie's graphic allegation of being raped and brutalized at a fraternity party, but also UVA's supposed indifference to victims of sexual assault, stirred a firestorm on the campus.

At a recent emergency meeting of UVA's governing board, Rector George Keith Martin said, "To Jackie and her parents, I say I am sorry. To the survivors of sexual assault and their families, I am also sorry."

The board unanimously adopted a resolution affirming a zero-tolerance approach toward rape and sexual assault cases, though what exactly that means remains to be seen.

"This type of conduct will not be tolerated at the University of Virginia," Martin said. "The status quo is no longer acceptable."

In the wake of the Rolling Stone article's publication, UVA also suspended all fraternities' activities until after the winter break.

The university's president said in a statement Friday that doubts about the story "must not alter" its focus on the issue of sexual violence on college campuses.

Teresa Sullivan said the school "will continue to take a hard look at our practices, policies and procedures, and continue to dedicate ourselves to becoming a model institution in our educational programming, in the character of our student culture, and in our care for those who are victims."

Dana, the magazine's managing editor, wrote on Twitter that he can't explain the discrepancies between Jackie's account and the chapter's statements.

"The fact that there is a story that appears in Rolling Stone in which I don't have complete confidence is deeply unsettling to me," he wrote.

"We made a judgment -- the kind of judgement (sic) reporters and editors make every day. And in this case, our judgement was wrong.

"We should have either not made this agreement with Jackie ... or worked harder to convince her that the truth would have been better served by getting the other side of the story. That failure is on us -- not her."

"They're threading this whole thing through one voice," Wemple told CNN on Friday. "This is what we call journalistic malpractice. ... It's really outrageous that Rolling Stone would have done this."

Catherine Valentine, a student reporter at WUVA, said the article emboldened women to come forward with stories of sexual assault, and that may stop following the magazine's apology.

"I'm worried that girls are not going to report now out of fear of being called liars," Valentine told CNN.