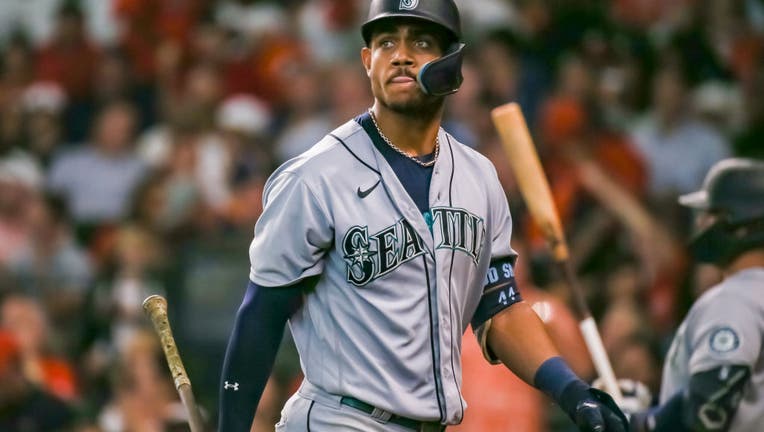 HOUSTON, TX - OCTOBER 13: Seattle Mariners center fielder Julio Rodriguez (44) reacts after striking out in the top of the seventh inning during the MLB ALDS Game 2 between the Seattle Mariners and Houston Astros on October 13, 2022 at Minute Maid Pa

NEW YORK (AP) - Center fielders Julio Rodríguez of the Seattle Mariners and Michael Harris II of the Atlanta Braves were chosen rookies of the year by Baseball Digest and eBay.

Rodríguez won the American League award Tuesday after hitting .284 with 28 home runs and 75 RBIs this season to help Seattle earn its first playoff berth since 2001. He stole 25 bases and compiled an .853 OPS.

Harris took the NL honor after making his major league debut May 28 and batting .297 with 19 homers and 64 RBIs for the NL East champion Braves. He had 20 stolen bases and an .853 OPS.

Rodríguez received all seven first-place votes in balloting announced by the publication. Harris garnered six, with the other one going to Atlanta pitcher Spencer Strider. 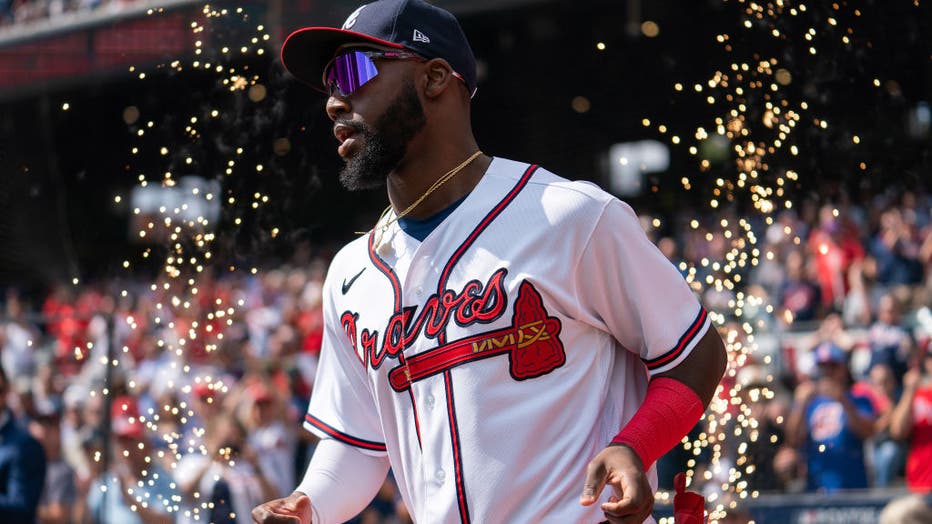 ATLANTA, GA - OCTOBER 11: Michael Harris II #23 of the Atlanta Braves is introduced before game one of the National League Division Series against the Philadelphia Phillies at Truist Park on October 11, 2022 in Atlanta, Georgia. (Photo by Kevin D. Li

Voting was based on the regular season only.

Rodríguez and Harris, both 21, are among the three finalists in their respective leagues for the Rookie of the Year awards to be announced Monday by the Baseball Writers’ Association of America.