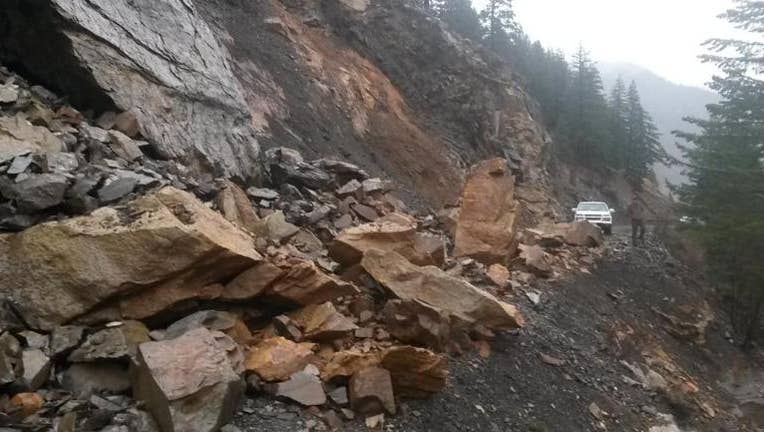 The rock fall on Hart's Pass Road near Winthrop last weekend. It has since been cleared, but the road will remain closed to wheeled traffic until spring. (Photo: U.S. Forest Service)

WINTHROP, Wash. -- Hart's Pass Road, west of Winthrop, has been closed early for the winter due to a rockslide this past weekend, the U.S. Forest Service said Thursday.

The route is usually closed beginning Dec. 1 each year.

After the rock fall at Dead Horse Point, a dozer was used to clear a path for vehicles that had been trapped, the Forest Service said.

Once there is sufficient snow, the gate will be re-opened to allow for snowmobile traffic. The Forest Service said, however, that snowmobilers should be cautious as the road surface will be narrower where the rock fall occurred.

Hart’s Pass Road will reopen to wheeled vehicles in the spring when the road firms up, it said.