SEATTLE -- Seattle Police and Crime Stoppers of Puget Sound are asking for the public's help to identify two robbery suspects who broke a woman's leg in two places when they ran over her with their car.

Martha Lopez says she and her coworkers on the El Cabrito food truck were getting ready to leave the 400 block of 8th Avenue in South Lake Union on April 24 when a thief stole their generators.

She and her coworker chased after him as he climbed into a 1990 to 2002 Silver Honda Accord Coupe with a sunroof, no license plate on the front of the vehicle and a rear plate that was covered.

"It all happened so fast. I went to the car, I opened the door and I was almost able to grab the guy but he was able to close the door again and he locked it," said Lopez. 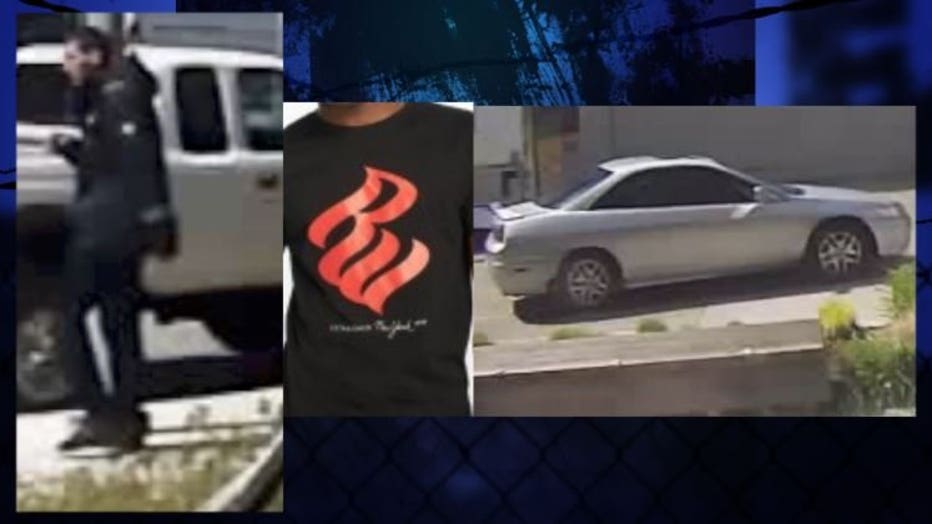 The suspect threw the car in reverse.

"The driver's side tire went over my leg. I fell and I twisted and it caused like a spiral fracture," said Lopez, who broke her leg in two places.

Doctors had to repair it with a a metal rod, a plate and 40 stitches but that's not the worst part.

"Not being able to go outside and walk and take my daughter to the park," said Lopez.

She understands some people may question why they chased the suspect but fighting was her first instinct.  Lopez is a Golden Gloves champion boxer.  Bravery is in her blood.

"It makes me mad that he thinks he got away with it, hitting someone. That's messed up," she said.

She knows her injuries could have been much worse.

"I could have been shot or stabbed cause you don't know what they are carrying," said Lopez.

Ret. Det. Myrle Carner who worked as a robbery detective with Seattle Police says Crime Stoppers of Puget Sound is offering a reward of up to $1,000 for tips that lead to an arrest because the suspects are dangerous.

"It's obvious to me that he knew that he had run over her. He puts it in full gear and you actually hear the tires of the suspect vehicle screeching as he takes off northbound," said Carner.

He advises mobile businesses to always chain up their generators, which are valued at around $2,000 each. Lopez says they usually do have their generators secured but forgot to lock it up that day.

She remembers the suspect watching their truck from across the street for about an hour. She says he was wearing a shirt with the red Rocawear logo on it. 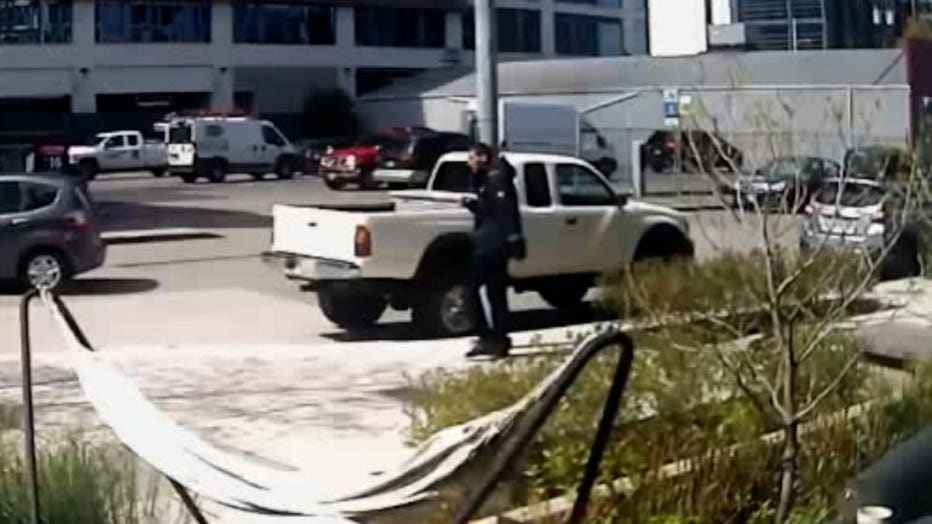 Detectives describe him as white, 20's to 30's, 5'10", 180 lbs with black hair and possible facial hair. He was wearing a longer black jacket with a hoodie similar to a Canada Goose jacket, black pants and shoes.

The getaway driver is described as black, in his late 20's, wearing a high visibility construction type shirt.

The crooks left one generator laying in the street but got away with the second one.

"I want to see them caught really badly, both of them, not just the guy that took the generators but the guy that ran me over," said Lopez.

If you have any information to help detectives solve this case, submit an anonymous tip via the P3 Tips App that you can download to your phone for free or go to www.P3Tips.com. You can also call 1-800-222-TIPS (8477). It is anonymous. Crime Stoppers will pay you a cash reward of up to $1,000 for information that leads to an arrest in the case.