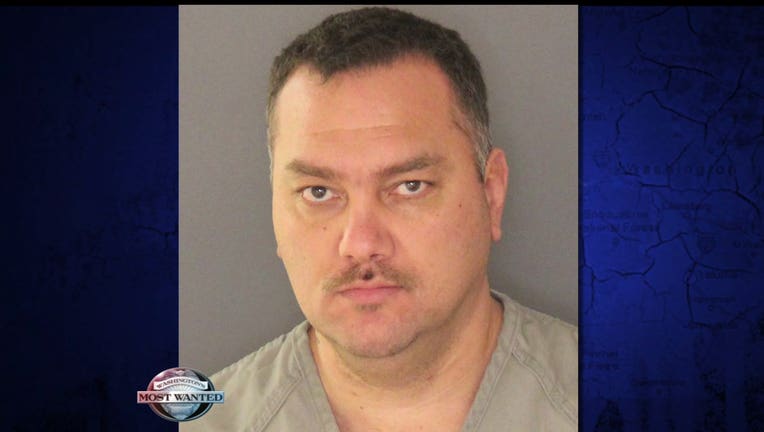 CAPTURE UPDATE: Tino Sabala was arrested by Lakewood police and booked into the Pierce County Jail on Sunday, February 8th. Lakewood police say Sabala was arrested after a road rage incident and short vehicle pursuit. WANTED IN TACOMA January 16th -- Tacoma police need your help finding six-time felon, tino sabala, who shamefully abused an 84-year-old man. He pleaded guilty to holding the elderly man hostage as he drove him around Tacoma -- first to a Money Tree to take out more than $2,000, then to Nordstrom where Sabala made the man buy more than a $1,000 worth of shoes. The scam started when Sabala bullied the victim, claiming he hit his car and needed to pay. “This is a man who's fairly large in size compared to the victim who was 84 years old who he approached,” says Tacoma Police Ofc. Loretta Cool. “In his approach and the way he confronted him, he was using intimidation and his physical size to compel an 84-year-old man to give him money. Not only did he compel the man to give him money for an accident that didn't really happen, he put the threat of this gentlemen losing his license into the victim's mind. I don't know that there's anything more shameful than a grown man taking advantage of somebody who can't protect themselves. I'd certainly love to see this person captured. I'd love to see him actually serve out the sentence that he plead guilty to.” Sabala's criminal history is 45-pages. He's 6’0” tall and weighs 240 pounds. Jail records show at least 14 fake names he uses. He's inked with the names "Molly" and "Donna" on the right side of his neck. Sabala is facing several years in prison once he's caught -- so please -- help get him behind bars before he's preying on your elderly loved ones. If you know where he’s hiding, call an anonymous tip into: CRIME STOPPERS: 1-800-222-TIPS You must call the Crime Stoppers hotline with your tip to be eligible to receive a cash reward for information leading to a fugitive’s arrest. CLICK HERE for information on how to TEXT A TIP to Crime Stoppers