Latest on slide near Oso

Latest on slide near Oso

OSO, Wash. -- Washington Department of Transportation officials announced SR 530 will remain closed until Thursday while they continue to monitor and evaluate the slide.

Transportation officials said the slide has not moved since Friday, but because the slope itself is dangerous and close to the highway, they don't want to take any chances.

They told Q13 News geologists are going to do some more testing throughout the week to determine whether or not it's safe to reopen the road.

At this point, they say the rain these next couple of days is not a big concern, but again they don't want to compromise anyone's safety.

"Our business is to keep roads open. So we don't take lightly closing the highway," said Dave McCormick with Washington Department of Transportation. "That 24 acres of soil that is impacted needs a little more time to settle down, and we need some assurety that it's not going to move."

Crews said in the meantime, drivers who need to travel between Oso and Darrington will need to take SR 20.

That will add at least an extra hour one way. 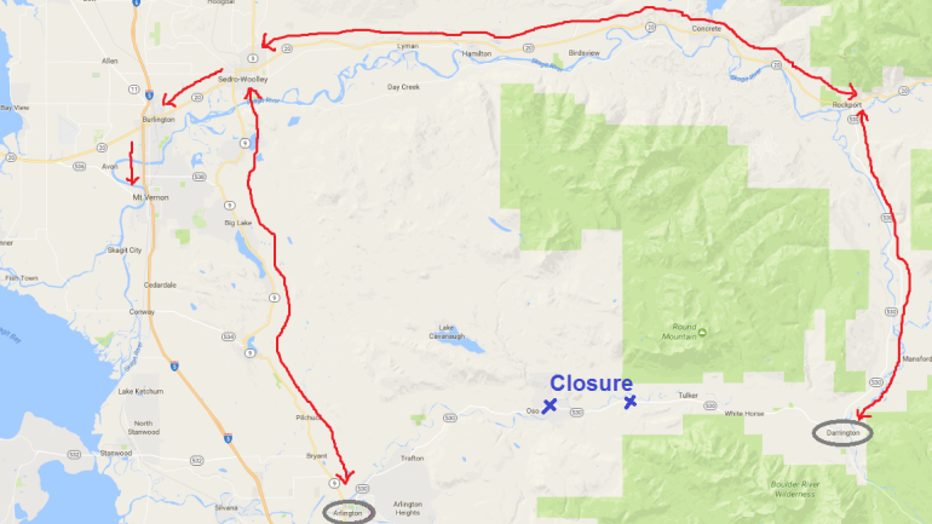 WSDOT says the slide is on a private forest access road on the south side of SR 530, and approximately 1½ miles southwest of the 2014 SR 530 landslide.