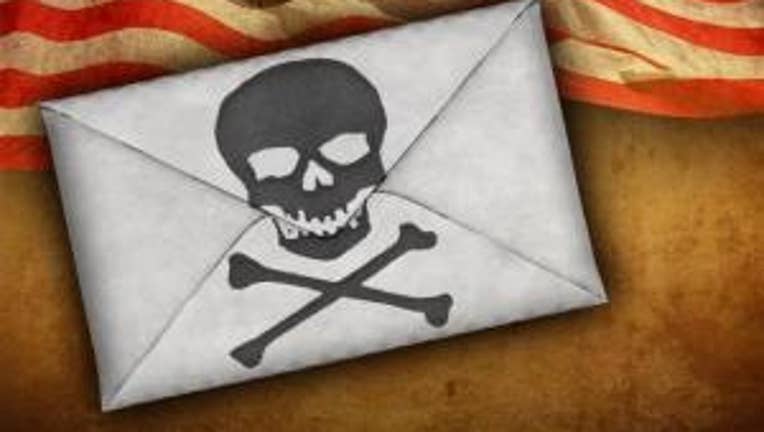 SEATTLE -- The FBI said Thursday that a ricin-laced letter sent to President Obama and intercepted on May 22 came from Spokane.

Four of the letters have been intercepted.  The fifth letter mailed to the CIA was sent to an address in McLean, Va., that does not receive mail deliveries and has not been found yet, the FBI said.

“Subsequent analysis … indicated the substance in the letters sent to the president of the United States, the federal District Court judge, and the Spokane post office contained active ricin toxin,” the FBI said. “The contents of the Fairchild letter continue to undergo testing.”

On May 22, the FBI arrested Matthew Ryan Buquet, 38, for allegedly sending the letter to the judge. A federal grand jury has indicted Buquet on one count of mailing threatening communications.

“The four envelopes in the possession of law enforcement officials were postmarked in Spokane on May 13, 2013,” the FBI said. “Each addressee was handwritten in red ink.”

The FBI advised the public that should it come into contact with a letter addressed to the CIA that it should not be opened or handled and that law enforcement authorities should be notified immediately.