FUGITIVE CAPTURED March 6, 2014 -- The Depatment of Corrections says Ignacio Salazar was arrested by Richland police on Thursday night. Officers spotted him around some storage sheds, stopped him, recognized him, and took him into custody.   FUGITIVE WANTED BY DOC IN TRI-CITIES Jan. 24, 2014  -- Despite his street name of 'June Bug,' officers say Ignacio Salazar is a dangerous gang member and career criminal with more than 50 convictions on his rap sheet. He's fresh out of prison, and already in the wind. Now, the Department of Corrections in the Tri-Cities needs help tracking him down. Officers say he has a history of threatening cops and trying to intimidate them, including the time he warned his DOC officer  he'd make sure to "come and see them" once he got out of prison. Well, now he's out -- so officers really need to know where he is to make sure he doesn't make good on his threat or hurt anyone else. Ignacio Salazar is 44 years old and inked with that neck tattoo you can see.  He has 15 felony busts in Washington, one in Kentucky, and a federal conviction as well. If you know where he is, call an anonymous tip into: CRIME STOPPERS: 1-800-222-TIPS You must call the Crime Stoppers hotline with your tip to be eligible to receive a cash reward for information leading to a fugitive’s arrest. CLICK HERE for information on how to TEXT A TIP to Crime Stoppers. 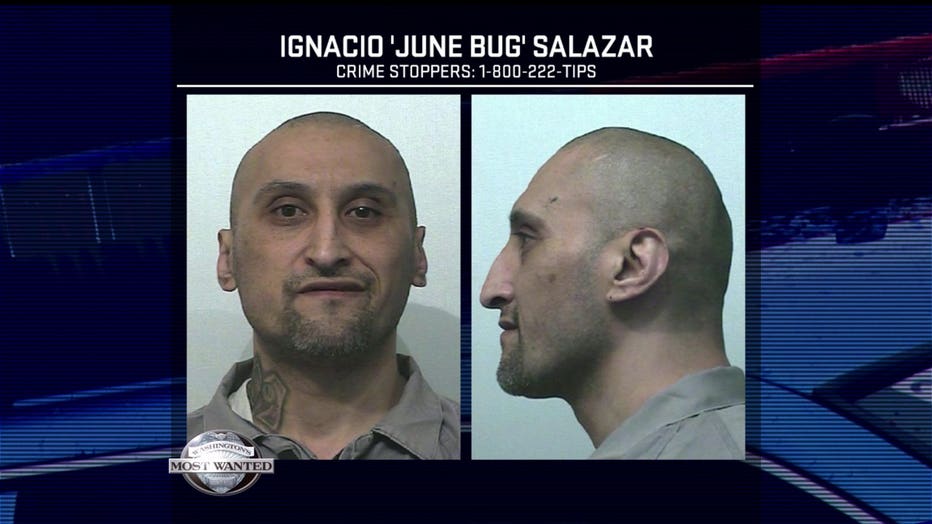