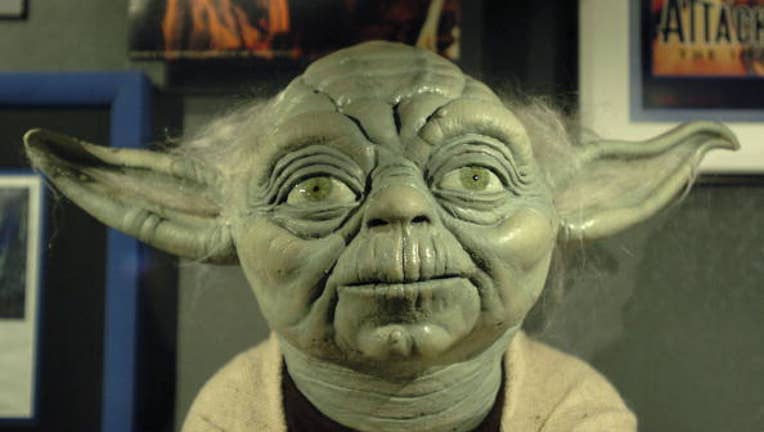 Yoda, from the Star Wars movies, is seen on display at The Science Fiction Museum June 14, 2004 in Seattle, Washington.

LOS ANGELES -- You and I got pranked on April Fools' Day. B. Raymond Buxton got paid.

The California man picked up a giant check for $425 million Tuesday after turning in the winning ticket for the February 19 Powerball drawing.

After choosing the cash option, Burton will actually deposit a $242.2 million lump sum (before taxes) in whatever accounts he uses for his funds.

The retiree (the news release didn't say whether he was already retired or retired as of April 1) said he was going to use some of the money to start a charitable foundation for "pediatric health, child hunger and education."

He will also travel, he said.

Buxton, who bought the ticket in Milpitas, north of San Jose, said he hadn't told a soul he had won during the six weeks he took to get his legal and financial team in place.

"Sitting on a ticket of this value was very scary," he said, according to lottery officials. "It's amazing how a little slip of paper can change your life."

Apparently, it didn't change him that much. He showed up at lottery headquarters wearing a Yoda T-shirt with the slogan "Luck of the Jedi I Have."