LOS ANGELES -- "I can do things other people can't," the man says with becoming modesty, and can he ever. Cauterize deep wounds with a single glance, leap tall buildings in a single bound, things like that. Those rumors you've been hearing are true: Superman is back in town. 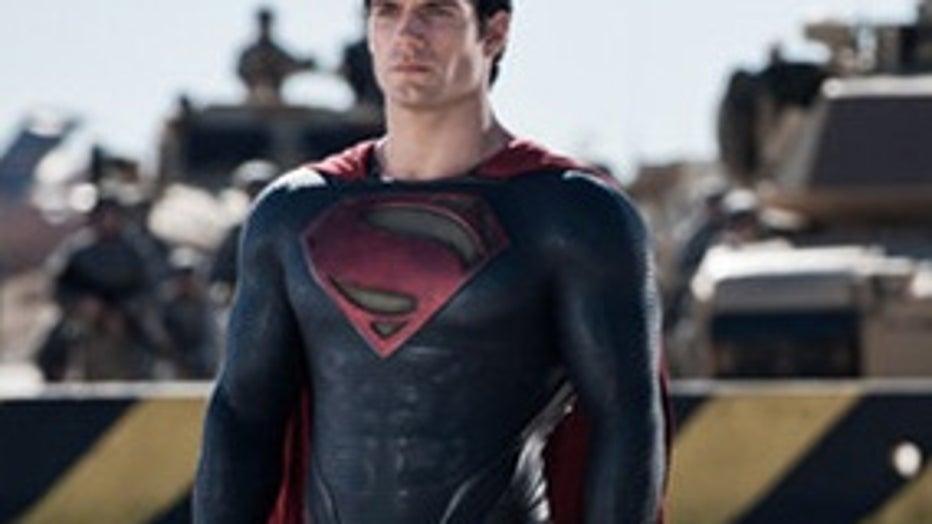 But "Man of Steel" is not your father's Superman (there's no kryptonite in sight), or your grandfather's for that matter. It features brooding, buff British actor Henry Cavill as a muscular yet sensitive type (think Jack Kerouac spending way too much time in the gym) trying to find himself, torn between his Krypton roots and his Kansas upbringing. Who said being a superhero was easy?

"Man of Steel" is similarly torn. Directed by Zack Snyder and written by David S. Goyer from a story by Goyer and Christopher Nolan (who also produced), this film is pulled in different directions, delivering satisfactions without managing to be completely satisfying.

Given the "Dark Knight" trilogy's Nolan and Goyer's involvement, it's no surprise that "Man of Steel" is conceptualized in the Batman mold, a dark end of the street extravaganza where, theoretically at least, epic vision would be joined with dramatic heft. It hasn't worked out quite that way.

On the plus side, the Goyer/Nolan story is well-imagined in terms of broad outlines that are more science fiction than superhero. We follow the boy Kal-El from literally the moment of his birth on Krypton to his troubled younger years on Earth as Clark Kent to his assumption of the mantle of supermanhood just in time to face an intergalactic threat that if unchecked would, yes, mark the end of human life.

This conceptualization works because "Man of Steel" is well-cast (courtesy of Lora Kennedy and Kristy Carlson) starting at the top with Cavill. He's a superb choice for someone who needs to convincingly convey innate modesty, occasional confusion and eventual strength.

Ably supporting him on Earth are Kevin Costner and Diane Lane as adoptive parents Jonathan and Martha Kent, as well as Amy Adams, such a dead-on selection for uber-intrepid journalist Lois Lane (she's a Pulitzer Prize winner!) that she was up for the role previously.

Also effective are the folks from Krypton, including Russell Crowe as super-serious scientist Jor-El, Kal-El's father, Michael Shannon as the relentless Gen. Zod and German actress Antje Traue as the general's right hand Faora-Ul. (Who thinks up these names?)

But for all its positive aspects, including a noteworthy visualization of the dying planet Krypton from production designer Alex McDowell and his team, "Man of Steel" is only partially realized.

While its ambition and scope pull one way, its pinched and unconvincing sense of drama pull the other. Whatever strengths director Snyder revealed in films like "300" and "Watchmen," making stories like this emotionally convincing is not one of them.

Snyder does have a fondness and a facility for action set pieces, and "Man of Steel" is chockablock with hand-to-hand combat, hurtling cars, huge explosions and howling infernos. Unfortunately, these pitched battles are so numerous that the effect is numbing, leaving us battered and bludgeoned rather than exhilarated.