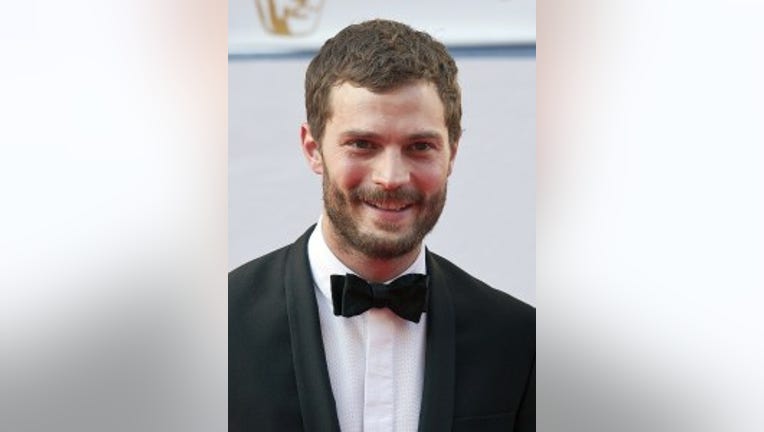 (CNN) -- We hate to break it to you, but if you are planning on seeing "50 Shades of Grey" so you can see a lot more of star Jamie Dornan, don't hold your breath.

"There were contracts in place that said that viewers wouldn't be seeing my, um ..." the actor told The Guardian.

The film, based on the bestselling novel, isn't out until February, but that hasn't stopped fans from fantasizing. Dornan plays Christian Grey, a billionaire who becomes involved in a steamy relationship with student Anastasia Steele, played by Dakota Johnson. The pair explore bondage/discipline, dominance/submission and sadism/masochism.

Dornan described himself as a feminist to the publication and said he's not worried about backlash over those who may say the film glorifies violence against women.

"I think it's very hard to argue that when it is all consensual," he said. "Half the book is about making contracts. Permission and agreement that this be done. There's no rape, no forced sexual situations."

And as turned on as the audience might get, the actor said he found the sex scenes decidedly unsexy.

"Anyone who thinks actors get turned on doing sex scenes in films is mistaken," said Dornan, who is married, adding that his wife knows it was all for the job. "There are dozens of hairy men standing around, moving cables and lighting equipment. That's not sexy unless you're into being watched, which I'm not."