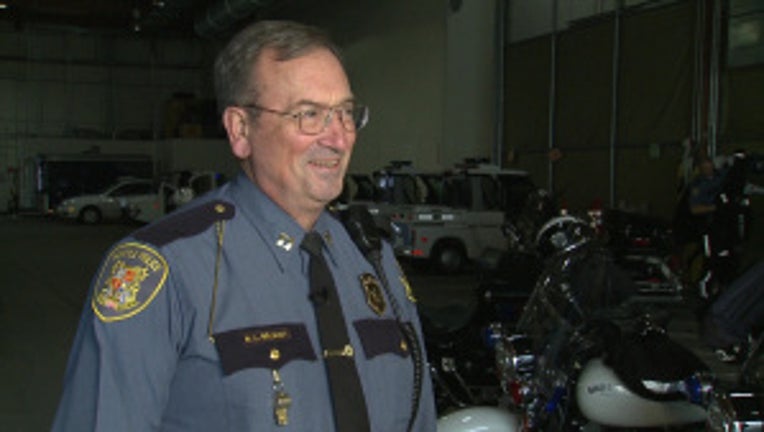 SEATTLE -- Retiring Seattle Police Department Captain Richard Belshay has handed out thousands of traffic enforcement tickets in his 34 years with the department.

But on Monday, Belshay didn't want to hand out any more tickets. Instead, he wanted to doll out gift cards.

Belshay and Kasey Loete, a traffic section secretary, posted up at a crosswalk in the 4100 block of Stone Way North Monday, a location where traffic officers frequently conduct Crosswalk Emphasis Patrols. Belshay and Loete attempted to cross the busy street each time a car drove towards the crosswalk.

For every car that stopped and allowed them clear crossing, Belshay handed the driver a $10 gift card to Ivar's Restaurant.

"If a driver stopped and allowed us to cross, Kasey or I would walk up to the driver, thank them for stopping and allowing us to cross, hand them a $10 gift card to Ivar's and wish them a happy holidays," Belshay said. "Our contacts lasted just long enough for the drivers to roll down their windows and be presented with the gift card."

Belshay, whose wife was hit and injured in a crosswalk 10 years ago, said traffic enforcement has always been his passion. He said giving gift cards bought with money from his own pocket was a small gesture of gratitude to members of the public who do the right thing.

"Our police department has suffered a lot of negative media attention of late," Belshay said. "So if my small gesture of gratitude to the public happens to generate some positive news for our police department, then my recognizing 34 strangers for doing the right thing was worth it."

Belshay said his last day on the force will be Dec. 20.