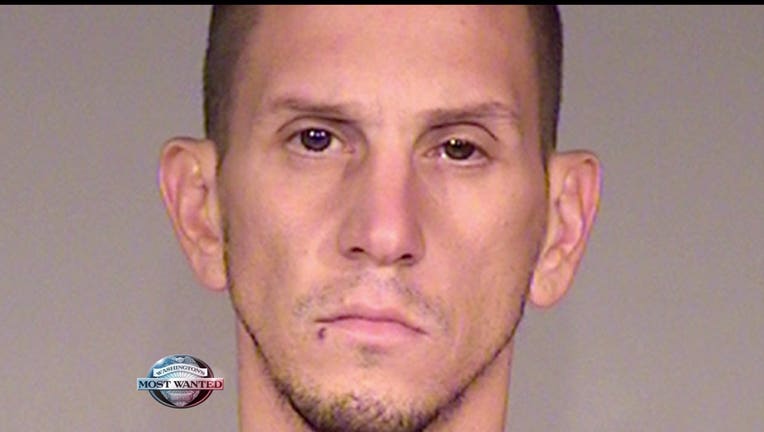 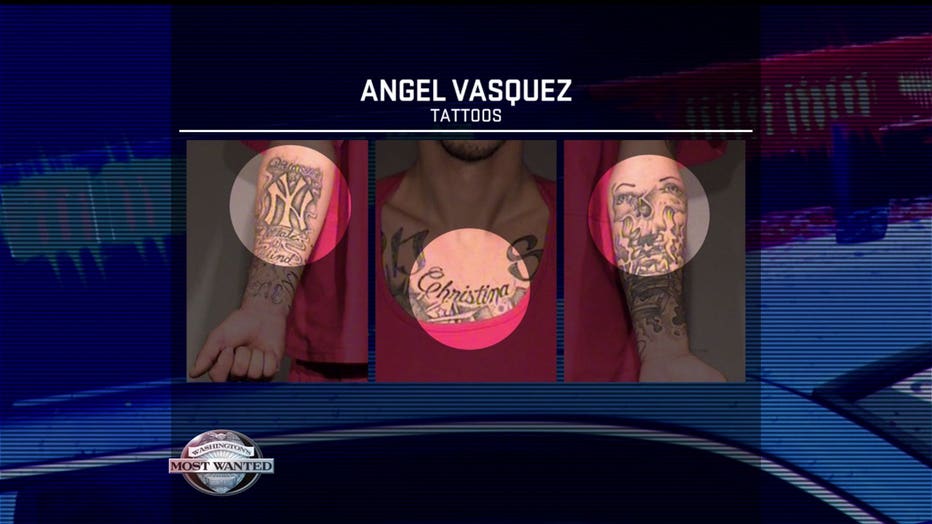 WANTED IN KING COUNTY Jan. 17, 2014 -- Angel Vasquez has been busted for a ton of crimes, including assault, domestic violence and theft. Now he's wanted in King County, accused of a  double-dose of car crimes. "The suspect, Vasquez, pulled up in a stolen vehicle and was breaking into another vehicle," King County sheriff's Sgt. Cindi West said. "A witness saw the whole thing, called 911, and police responded. Interesting enough, when officers asked him where he got the car, he said a friend gave it to him and he knew it was stolen because he had to start it with a screwdriver." Mariners fans have another reason not to like this guy; he's sporting a New York Yankees tattoo on his right forearm. His left one has a creepy face on it, and the name 'Christina' is part of all the ink he's got on his chest. If you can help King County detectives clip Angel's wings, call an anonymous tip into: CRIME STOPPERS: 1-800-222-TIPS You must call the Crime Stoppers hotline with your tip to be eligible to receive a cash reward for information leading to a fugitive’s arrest. CLICK HERE for information on how to TEXT A TIP to Crime Stoppers 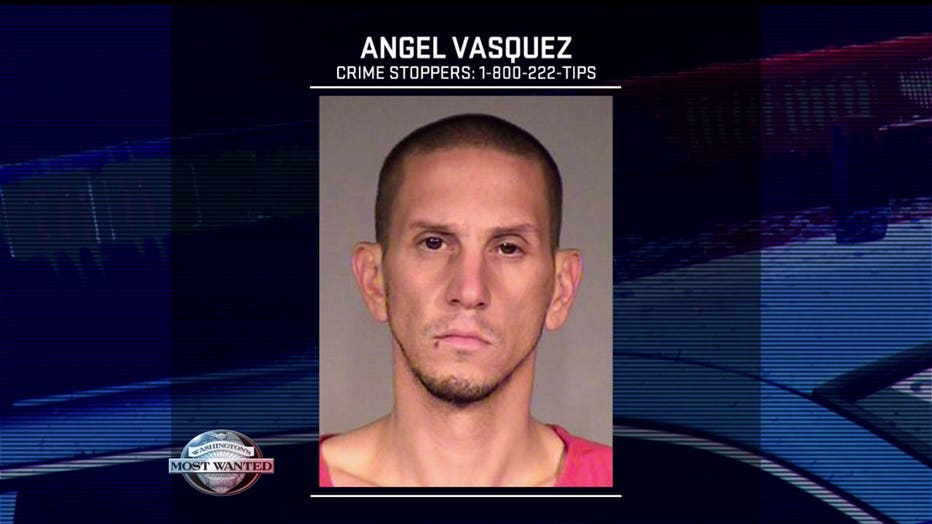