TACOMA, Wash. - FOX 13 News has obtained surveillance video and pictures from several recent retail thefts across Puget Sound, and many are wondering what can be done to stop these crimes.

Tacoma Police on Tuesday reported that thieves, using a stolen truck, tried to smash-in the front windows of Skyway Smoke Cigar and Beer in Tacoma. The incident happened 6:30 a.m.

"They were planning this for, I think, a while," said Richard Baye, an employee at the business.

Tacoma Police said a security gate, on the other side of the window, prevented the crooks from getting inside the business.

"They were arguing for 15 minutes outside. Arguing with each other, how the plan has gone wrong," said Baye.

However, just last month a group of thieves got away with several similar break-ins in Tacoma.

Tacoma Police released these images of the suspects from the September 19 crime spree. 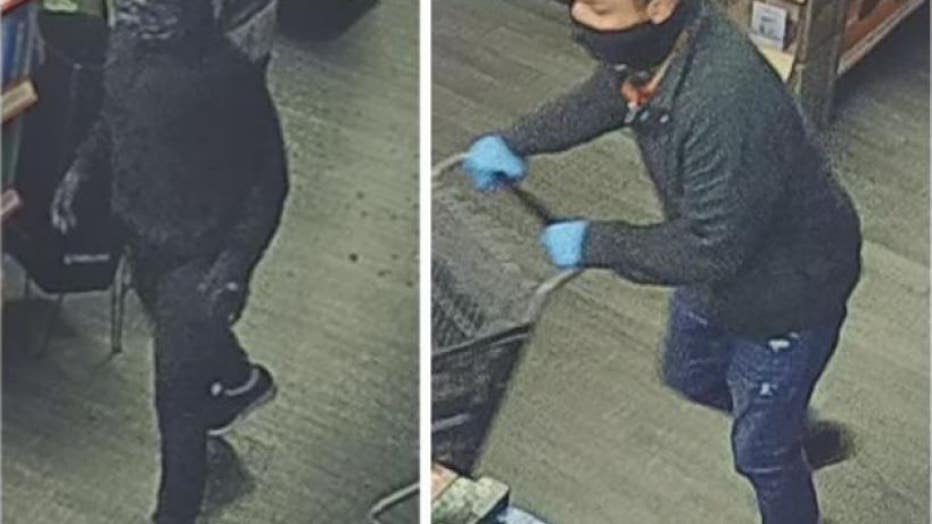 Crime stoppers is offering reward for information. Tipsters can remain anonymous with calls to 1-800-222-tips or using the p3 tips app.

Police say these crooks used a truck to smash the windows of at least nine different businesses.

Surveillance video FOX 13 News obtained from another Tacoma incident shows criminals do not always make such a mess, but still cost these business a lot. 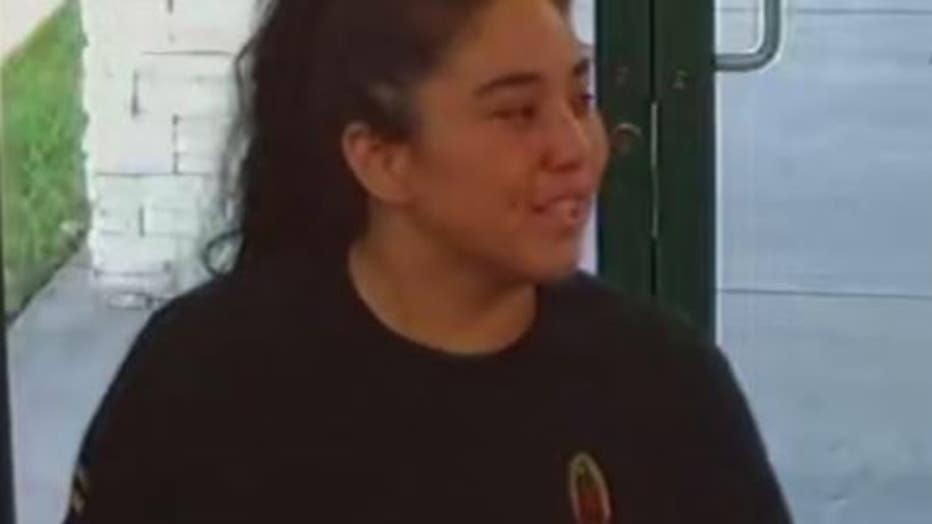 In a video from September 6, surveillance cameras show this woman walk into Puetz Golf in Tacoma.

She noticeably has a big smile on her face as she comes through the doors. Moments later, the video shows the same woman casually walk out of the store with $2,000 worth of golf gear. Then she runs down the sidewalk.

The crimes extend throughout the Puget Sound area.

FOX 13 News reporter AJ Janavel stumbled upon a crime happening in the act. He announced that he was a reporter to two people who were wearing masks, and who left the Fred Meyer with a cart full of cases of beer.

One of the people address Janavel as he record the situation saying, "That little petty theft charge ain’t going to do s*** anyway. Record that."

Janavel: What do you guys do with all that (the cases of beer)?

Janavel: Do you sell it?

Self-admitted thief: We do. We make money off of it to live.

Janavel: Where do you sell it?

Self-admitted thief: That’s none of your business, there.

FOX 13 News reached out to Fred Meyer and local police to see if any official crime was reported for this incident.

Fred Meyer responded saying, "We are working with local law enforcement and other retailers to help identify and apprehend the respective individuals."

We have blurred the faces of the two people in our news story, because they may not face any charges.

At the start of the summer, the attorney general’s office announced the creation of a statewide retail task force.

FOX 13 News asked the AG’s office for updates on its efforts, but we have not heard back on what, if any, progress has been made.